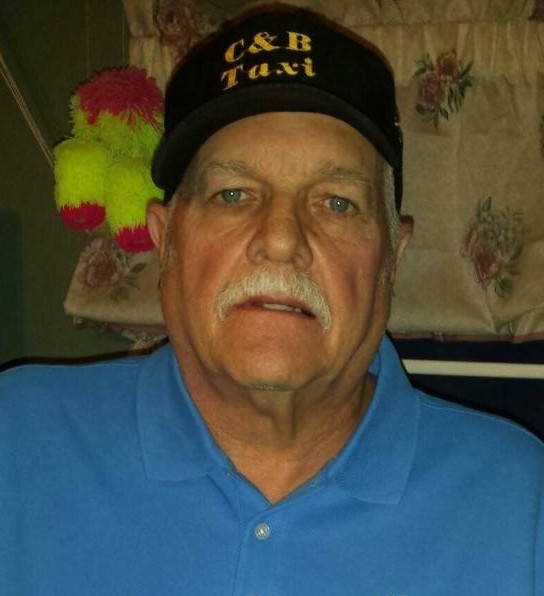 William Russell Love, Jr., age 67, of Randlett, passed away April 13, 2018.
He was born November 17, 1950, in Huntsville, Texas, to William Russell Sr. and Mildred Kelly Love.  He married his high school sweetheart, Darlene Vickers, and they were later divorced.  He then married Consuelo Benavidez on August 2, 1982, in Austin, Texas.
William and Connie moved to the Uintah Basin shortly after their marriage and he drove truck in the oilfield until his retirement five years ago.  At that time they started C&B Taxi service.  He was known as “Nitro” in the oil field because he did everything fast and very well.  He loved people and was willing to help out everyone, sometimes at the expense of himself and his family.  He was a collector of everything: knives, guns, antiques, anything.  He enjoyed tinkering with cars, was a welder, and had a fondness for Corvettes.  He was a legendary storyteller.
William is survived by his wife, Connie, of Randlett; his children, Brenda Wellman, Clearwater, FL; Russell Wayne (Kipp) Love, Round Rock, TX; Richard (Laura) Perez, Orlando, FL; William Ray (Jamie) Love, Dripping Springs, TX; Samantha Palicios, Lockheart, TX; Ronny (Jenn) Love, Austin, TX; Junior (Shauna) Perez, Midland, TX; Kristian (Marty) Appawoo, Roosevelt; 20 grandchildren, 6 great-grandchildren; a brother, Jerry Dale (Carolyn) Love, Houston, TX; and nieces and nephews.
He was preceded in death by his parents, William and Mildred; a brother, Billy Jean Love, and a grandson, Andrew Kelly Love.
His wishes were to be buried in Buck Foster Cemetery in Huntsville, Texas, near his family.  There will be a memorial service at a later date.  In lieu of flowers, you may make a donation to the Wounded Warrior Project or to the Paralyzed Veterans of America.

To order memorial trees or send flowers to the family in memory of William Russell Love, Jr., please visit our flower store.