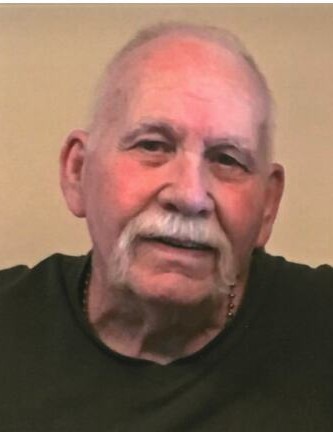 William “Bill” Bruce Priddy, age 78, of Roosevelt, passed away peacefully at his home on October 16, 2020.
He was born February 14, 1942, in Glendale, Arizona, to Clarence William and Alice Gladys Scott Priddy.  He married Diana Carpenter on August 29, 1969, in Virginia Beach, Virginia.
Bill served in the US Army from 1967-1973 and served a tour in Vietnam where he received the Purple Heart.  He was an avid fisherman and fierce protector of his family that he loved dearly.  His greatest joy was his grandchildren and great-grandson, Bryce.
He is survived by his wife of 51 years, Diana; his children, Kelly (Tracy) Rosco, Shelly (Bill) Goodrich, Cheri (James) Baldwin, Billie (Herb) Hatch, and Marie (Joe) Kindall; many grandchildren and great-grandchildren.
He was preceded in death by his parents.
Graveside services will be held on Thursday, October 22, 2020, at 11:00 a.m. at the Lapoint Cemetery.  Please bring a chair if you plan on attending.  There will be a potluck luncheon following the service at Bill & Diana’s home.

To order memorial trees or send flowers to the family in memory of William "Bill" Bruce Priddy, please visit our flower store.