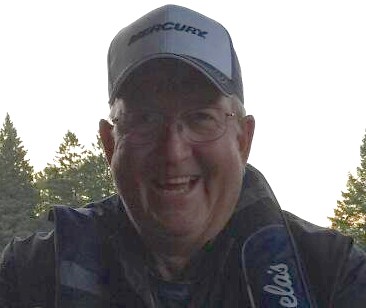 William “Bill” Howard Bailey, aka Bassin’ Bill and Walleye Willy, age 68, of Duchesne, passed away peacefully in his sleep, in his own bed on October 2, 2018.
He was born on September 4, 1950 the 3rd son with six siblings of Troy Bascom and Doris Fitzwater Bailey of Duchesne. He was always athletic. His Dad instilled the love of the outdoors into all 7 children. He then passed that onto his own children and was their biggest and loudest fan.
He married Paula Jo Puckett September 17, 1971. Together they raised three beautiful children, Kerri, Tammi and Kyle. He loved working construction. Roads, dams, tunnels and worked from Hawaii to Wisconsin. He had a great work ethic and instilled that into his children also. He was always proud to be from Duchesne and raise his family here. His decision to retire in Duchesne was an easy one, where he became the biggest and loudest fan of his grandchildren; Devin, Ruthie, Jaren, Jaden, Takota, Kade, Kinzie and Kylie. If you couldn’t find him, he was probably on the lake fishing, having coffee at Cowan’s in the morning with the guys, spending time at the ranch with the Day’s or supporting the grandchildren at their sporting events.
He is survived by his wife Paula, his children, Kerri (Heath) Mortensen,  Duchesne; Tammi (Cody) Lee, Roosevelt; and Kyle (Melina) Bailey, Saratoga Springs, UT: and  his 8 grandchildren. He is also survived by his siblings, Blaine (Trisha) Bailey,  Taylorsville, UT, Bobby (Virginia) Bailey, Duchesne; Blake Bailey, Grand Junction, CO: Brenda (Glen) Karren, Duchesne; Beverly (Brad) Stocking, Duchesne.
He was preceded in death by his parents, his brother, Brent, his brother-in-law, Mark Nielsen, sister-in-law, Peggy Bailey, nephew, Warren Karren and his father and mother-in-law’s, Lowell & Helen Puckett.
We love you and miss you. You were called home to fish bigger waters.
Funeral services will be held on Saturday, October 6, 2018 at 12:00 Noon at the Hullinger Mortuary.  Viewings will be held Friday evening from 6-8 p.m. and Saturday from 11:00 - 11:45 a.m.
Burial in the Strawberry Cemetery.

To order memorial trees or send flowers to the family in memory of William Howard Bailey, please visit our flower store.