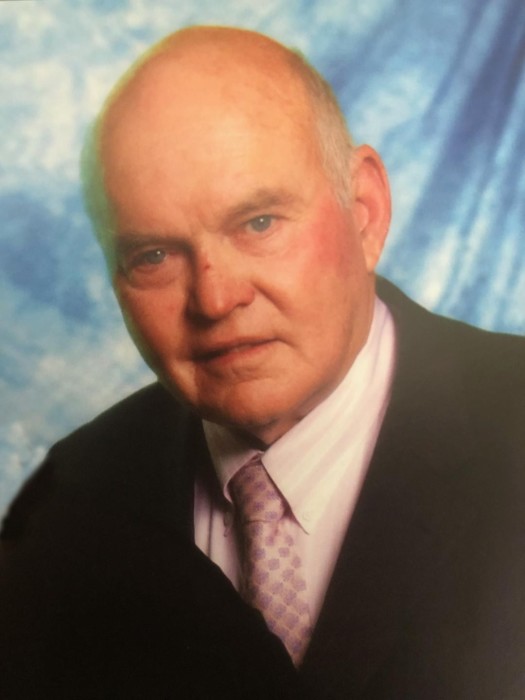 Willard LeRoy Smith, age 76, was born on December 18, 1941, in Salt Lake City, Utah, to Melvin W. And Lois Valanee Andreason Smith.
He married Mary Alice Smith on December 17, 1962, this union was blessed with two children: Pamela Sue and Lynn Deloy.  Mary Alice died tragically on February 4, 1967.
On November 17, 1970 Willard was sealed for time and all eternity to Mary Alice and then married and was sealed for time and all eternity to Virginia Mae Neves, this union was blessed with three children: Tony LeRoy, Jeffrey Willard, and Stephanie Ann.
Willard passed through the veil on May 22, 2018, the same way he lived his life, in his own way and his own time, surrounded by his loved ones.
From the time Dad could hold a wrench he was rebuilding anything and everything.  One of his favorite past-times was rebuilding 1955 - 1972 Chevy vehicles.  He loved to bring old, discarded things back to life and show them off.  It seemed like everything he touched turned to gold, and he was a master of many trades.  He was an entrepreneur and started multiple successful businesses which he was able to pass on to his children.  The greatest calling he was asked to serve in was as an ordinance worker in the Vernal Utah Temple for 18 years.
He will be dearly missed in this life by his loving wife of almost 48 years, Ginger, children, Pamela (Wayne), Lynn (Denelle), Tony (Kristi), Jeffrey (Tonya), and Stephanie (Anthony), along with numerous grandchildren and great-grandchildren, all of whom he was immensely proud of.
He is being joyously welcomed into heaven by Mary Alice, his older sister, Valanee, who died as a child; his younger sister, Valene, his grandsons, Cale Raza, and Braden Thompson, as well as his great-granddaughter, Bryce Jade Thompson.
Until we meet again...
Funeral services will be held on Wednesday, May 30, 2018 at 11:00 a.m. at the Roosevelt 2nd Ward Building.  Viewings will be held at the Hullinger Mortuary on Tuesday evening from 6 - 8 p.m. and Wednesday at the church from 9:30 - 10:45 a.m.
Burial will be in the Roosevelt Memorial Park.

To order memorial trees or send flowers to the family in memory of Willard LeRoy Smith, please visit our flower store.