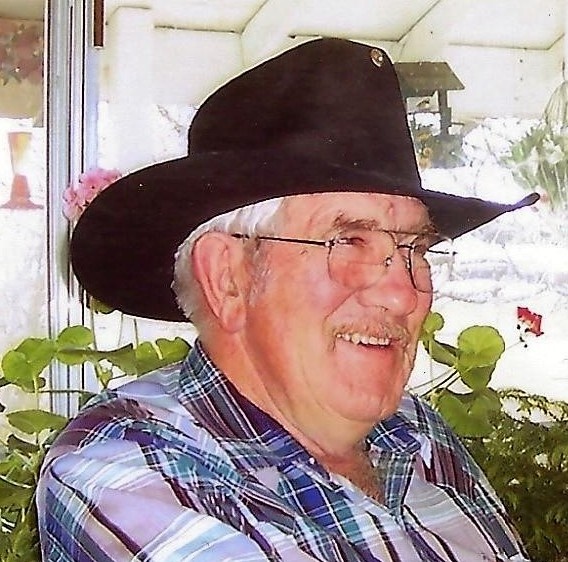 Willard Karl Mathisen, age 81 of Hyrum, formerly of Neola, passed away June 25, 2022 at his home surrounded by family.
Willard was born August 2, 1940 in Ioka Utah to Chester Louis Mathisen & Jane Esther Lemon. He grew up in Myton on the Duchesne River. He graduated from Union High School in 1958. He enlisted in the Navy in July of 1958, serving on a submarine until medically discharged in 1960. He then went to Salt Lake Trade Tech to be an Electrician. After trade school he started working in the oil field in Rangely, Colorado.
Willard married the love of his life and true soul mate Judy Christensen on April 18, 1964 in Talmage UT and they were later sealed in the Vernal Temple July 18, 2006. They lived in Rangely until 1970 at which time they moved to Neola, Utah. They moved north of Neola to build a forever home in1974, which they lived in for 44 years.
Willard had his own oil field company, Bluebell Hot Oil Service, which they ran for 25 years. As Willard and Judy transitioned from oil field work to their true love of working cows, they worked for Dry Gulch Cattle Company for three years and Main Canyon Ranch in the Bookcliffs for 14 years. He worked many years helping the Cub Scouts.
They served diligently at the Vernal temple for 11 years.
In 2018 they moved to Hyrum Utah.
Willard enjoyed hunting, fishing, riding horses, temple work and Cowboy Poetry for anyone who would listen. But his favorite thing was his family.
He was loved by all of his nieces and nephews that he entertained over the years.
He is survived by his wife, Judy, children: Brian, Hyrum, Utah and Amy (Alex -favorite son in law) Hay, Halifax, Nova Scotia, Canada; Trent (Analisa) Mckenna (favorite daughter in law), Upalco, Utah, Cory Kennedy (favorite daughter in law): grandchildren: TJ, Norman, Timothy, Adam, Jason, Lily, and Beth; siblings: Virginia Hall, Gwen (Jim) Penfield, and Blondell Bingham.
He was preceded in death by his parents: Chester and Esther, in-laws: Paul and Leah Christensen, son: Wade, sister: Maryann, brother: Wendell; sister in laws: Marva Mathisen and Patricia Warr; brother in laws: Newell Christensen, Terry McKenna, Ervin Hadden, Bryce Wamsley, Ivan Hall, Donny Atwood, Doyle Bingham.
Funeral will be at the Neola Chapel in Neola, Utah at 11:00 am on Wednesday, June 29, 2022, with a viewing from 10:00 - 10:45 am. Burial will be in the Neola Cemetery, with Military Honors.