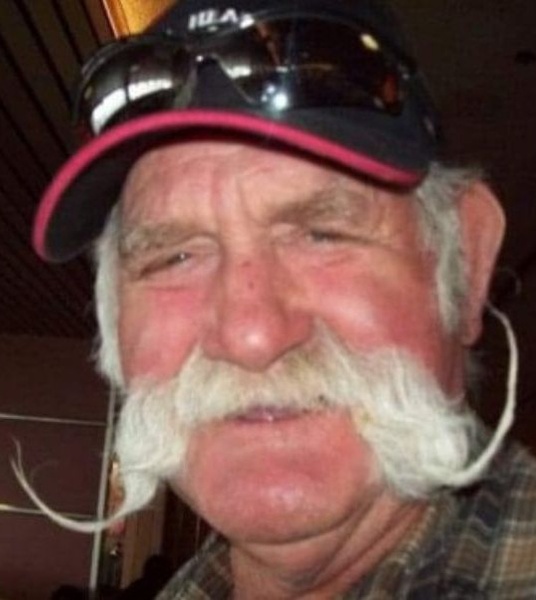 Wendell Louis Mathisen, age 83, passed away peacefully at his home on January 4, 2022 in Bennett, Utah.
Wendell was born September 21, 1938 in Roosevelt, Utah to Chester & Ester Lemon Mathisen. He grew up in Myton. He married Marva Jean Holmes on December 14, 1962. They were sealed for time and eternity in the Provo Temple on November 9, 1974.
They started life together in Rangely, Colorado where Wendell was a hand, on a work over rig. He followed the rigs for quite a while changing from workover rigs to drilling rigs, and then back to workover rigs where he became a rig pusher. Later he went to work for his brother at the Blue Bell Hot Oil Service. He was a hot oil truck operator for many years, getting acquainted with many and earned great respect for others for his knowledge and work ethic. He also worked for D & M, Heat Waves and Action Hot Oil..
He loved raising Longhorn cattle and was always excited to see the new calves in the spring. He also loved his horses and seeing the new foals. In his younger days he team roped and had bucking strings of horses and bulls.
He was known for his cowboy poetry and readings that he did by heart and Boston Terrier dogs. He served in the Army and was stationed in Carabo, Maine.
He lived in Vernal, North Myton Bench on the Duchesne River and finally in Bennett where he lived that last 10 years.
Wendell and Marva served a mission at the Bishop’s Storehouse and Cannery and also as the building missionaries at the Lapoint Chapel.
He is survived by his children, Nile (Annette) Mathisen, Marla (Shane) Fellows, Wendell “Evan” (Christy) Mathisen, Brenda (Stacey) Cook, siblings, Virginia Hall, Willard (Judy) Mathisen, Gwen (Jim) Penfield, and Blondell Bingham.
He is preceded in death by his wife, Marva Jean Mathisen, his parents, sister, Maryann Atwood, brothers-in-law, Irvin Hadden, Bryce Wamsley, Ivan Hall and Doyle Bingham.
Funeral services will be held on Monday, January 10, 2022, at 11:00 a.m. at the Ballard Chapel of the Church of Jesus Christ of Latter-day Saints. Viewings will be held on Sunday afternoon from 4:00 - 6:00 p.m. at the Hullinger Mortuary and Monday at the church from 10:00 - 10:45 a.m.
Burial will be in the Ioka Cemetery with military honors presented by the Roosevelt American Legion, Utah National Guard and the Patriot Guard Riders..

To order memorial trees or send flowers to the family in memory of Wendell Louis Mathisen, please visit our flower store.