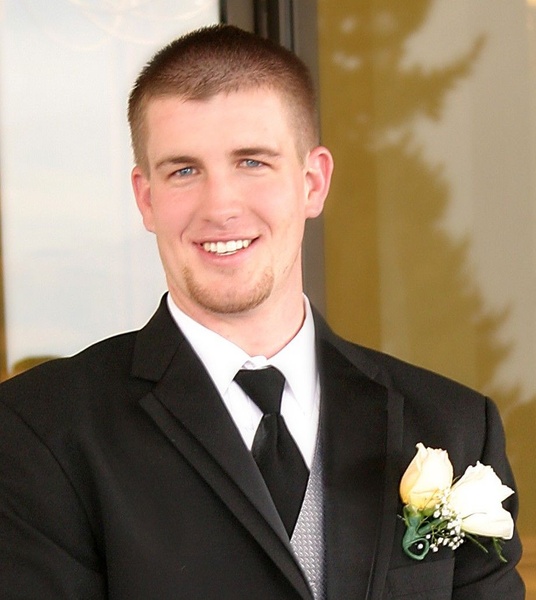 Wayne was born March 18, 1981 to Val and Elaine Larson in Roosevelt, Utah. He was the 3rd child of five. Wayne attended Elementary school in Neola, Jr. High and High School in Roosevelt, Utah. He was involved in many youth sports programs, was active in scouting and received his Eagle Scout award. He graduated from Union High School in 1999. He attended Snow College for one year, and then served a mission for The Church of Jesus Christ of Latter Day Saints in the Washington D.C North Mission. After his mission he attended Weber State University graduating in 2009. He married Renee Hatch on November 19, 2004 in the Manti, Utah Temple.
Wayne was employed by the Kroger Company working at their corporate headquarters as a Business Partner over the Human Resources and as the talent manager and trainer over their manufacturing plants.
Over the years Wayne and his family lived and worked in Layton, Utah; Hazel, Kentucky; Menifee, California; and Union, Kentucky. They made many lifelong friends in each of these places. Service and missionary work was an important part of their family goals. In death Wayne was an organ donor; being able to help up to 75 people by making their lives better.
Wayne served in many ward and stake callings in the church as a teacher of youth, Gospel Doctrine teacher, Ward Mission Leader, serving on the Stake High Council, and was currently serving as an early morning seminary teacher. Wayne touched many lives simply by the way he lived his life.
Wayne is survived by his wife, Renee Larson; daughter, Apri; sons, Camden Wayne, Tyson John, Boston Hatch, and Zayden Robert Larson.
Due to flight cancellations, the graveside service will now be a private family service.

To order memorial trees or send flowers to the family in memory of Wayne Larson, please visit our flower store.