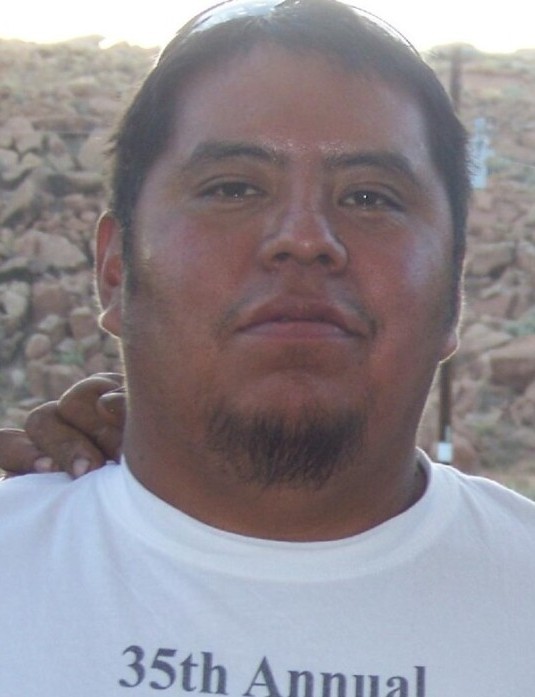 Waylon Conroy Poowegup, age 46 of Roosevelt, Utah, passed away January 12, 2021, at the University of Utah Hospital.

He was born March 4, 1974, in Roosevelt, Utah; to Rose Salcinus and Gary Poowegup Jr.  He met Tonie Etcitty in 2006, and they were married September 1,
2016.
Waylon was known to have many great attributes: being friendly, teasing, and joking with everyone. He was helpful, kind, smart, reliable, and was always a team player. Most of all, he was a great “Dance Dad” who loved to support his daughter Sydnee in all her dance competitions along the Wasatch Front. Waylon savored spending time with his family and loved ones. He would travel around to several different tournaments to play basketball and softball. He really loved to play and watch sports. Cheering for his North Carolina Tar Heels during March
Madness, the Utah Jazz, University of Utah Football team, his Dallas Cowboys, and the Denver Broncos. But his passion in life was firefighting with the BIA Forestry.
Waylon worked for 16 years as a Federal Wild Land Firefighter for the United States Department of the Interior. He achieved many certificates, which allowed him to work in respected positions as a firefighter type 1 including; engine boss, heavy equipment boss, firing boss, crew boss, burn boss, task force leader, incident commander 4, and a helicopter crew member. He worked from Northern Washington to the southern parts of Florida. Waylon was respected for multiple roles and responsibilities, which he fulfilled well.  He had a great opportunity to work with the best of the best as a hotshot firefighter with the Redmond Hotshots from Redmond, Oregon. His call number was F-22.
Later, Waylon was employed with the Ute Indian Tribe from 2014 to present in the Natural Resource Department as a ranger. He was promoted to lead ranger.  He then became the Natural Resource Assistant Director. For a moment in 2020, he was the Acting Natural Resource Director until the position was filled.   As the Assistant Director of the Natural Resource Department his call number was 7-Bravo-81; he was proud to have held both positions of employment.
Waylon is survived by his wife, Tonie Etcitty-Poowegup; children, Sydnee Etcitty, Yompa and Shantovee Ridley, all of Roosevelt; his father, Gary Poowegup Jr., Ft. Duchesne; his siblings, Ryan (Rachell) Poowegup, Ft. Duchesne; Garrie Poowegup, Independence, Utah; Ronald DesJarlais, Ft. Duchesne; Sheryle DesJarlais, Wolfpoint, Montana; Charles Headdress-Silk, Ft. Duchesne; John and Joseph Amillategii, Ft. Duchesne; Kimberly (Clyde) Havatone, Ft. Duchesne; Raelene (Dilly) Havatone, Raymond Havatone, Jerry Havatone, Yolie (Brian) Sorensen, Danyal (Alfred) Cesspooch, Conroy (Jenna) Reed, Conley Reed, JT Myore, and numerous nieces, nephews, and other relatives.
He was preceded in death by his mother, Rose Salcinus, siblings, Dovon Poowegup, Charles Conrad “Big” Reed Jr. and Celeste Poowegup; grandparents, Gary Sr. and Betty Poowegup; aunt, Athelia Poowegup; and nephew, Richard Pargeets, Jr.

To order memorial trees or send flowers to the family in memory of Waylon Conroy Poowegup, please visit our flower store.