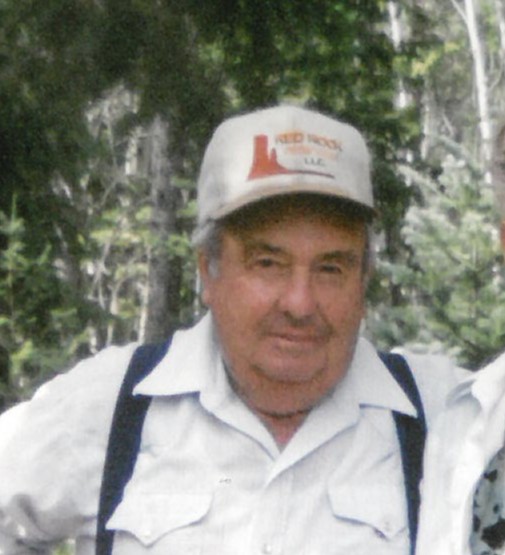 Wallace Henry Stevenson, age 88, of Boneta, passed away on May 24, 2018 at his home.
Wally was born February 15, 1930 in Helper, Utah to Andrew and Zola Mary Wilson Stevenson.  He married Beverly Jensen on November 16, 1951 in Salt Lake City.  They were later sealed in the Salt Lake LDS Temple.  She died January 18, 2017.
Wally was a devoted dairy farmer and also worked in carpentry and doing cement.  He enjoyed fishing, hunting, camping, and attending sporting events in Altamont and also anywhere his grandchildren were playing.  He was an avid reader and knew the history of the Uintah Basin better than most.  He loved to ride horses and back pack into the Mountains with family.  His family was very important to him and he delighted in his grand and great grandchildren.  He loved to visit and no one was a stranger.
He is survived by his children, Robert Wallace Stevenson, Ann Bateman, Darrell Stevenson, Connie (Marcus) Liddell,, 18 grandchildren, 43 great grandchildren, 1 great great grandson, and his sister Maurine (Tim) Rockwood.
He was preceded in death by his wife, Beverly Stevenson, son-in-law, Robert Bateman, grandchildren, Brent Bateman, Christopher Bateman, Marcus Adam Liddell, Emily Liddell, and siblings, Donald Stevenson, and Clara Mary Stevenson.
Funeral services will be held on Thursday, May 31, 2018 at 11:00 a.m. at the Lake Fork LDS Chapel.  A viewing will be held that morning from 9:30 - 10:45 a.m.
Burial in the Talmage Cemetery with military honors presented by the Altamont American Legion and the Utah National Guard.
Condolences may be shared at www.hullingermortuary.com

To order memorial trees or send flowers to the family in memory of Wallace Stevenson, please visit our flower store.