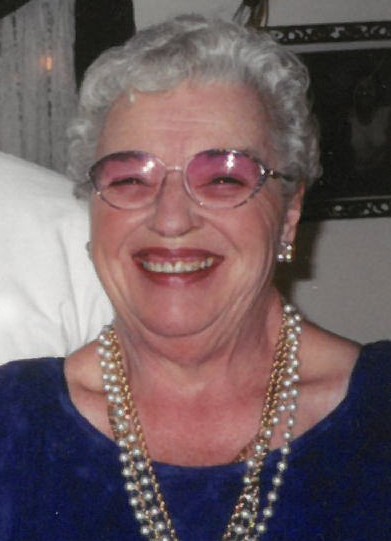 Virginia Fay Eliason, age 84, of Bluebell, passed away April 23, 2018 at a Salt Lake Hospital after suffering a stroke.
She was born January 7, 1934 in Salt Lake City to George Kooyman and Faye Stokes Kooyman.
She married James Ivan Eliason in 1951 and he later died.

Virginia loved to hunt rocks in the outdoors and going for rides.  She did beautiful embroidery, needlepoint, and crocheting.  She made a number of afghans.  She was an avid reader of all kinds and often read a book a night.  She enjoyed music, particularly music by Bob Seeger and The Moody Blues.  Her passion in life was helping people.

Funeral services will be held Tuesday, May 1st, 2018 at 11:00 AM at the Hullinger Mortuary where there will be a viewing Tuesday morning 1 hour prior to the service.

To order memorial trees or send flowers to the family in memory of Virginia Fay Eliason, please visit our flower store.