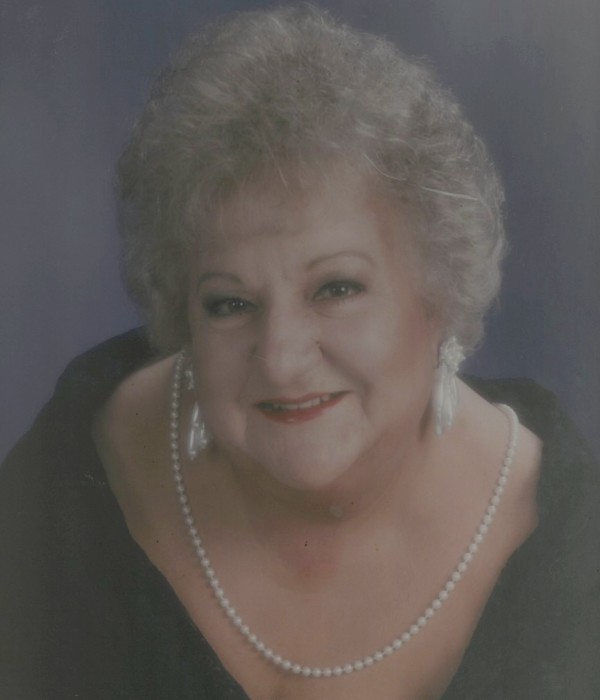 Viola Mott Adams Fowler Van, age 82, passed away June 18, 2018, peacefully at her home in Randlett, surrounded by her loving family after a long illness.  She was loved and will be missed by many.
Viola was born January 25, 1936 in Myton to Marion and Iretta Christensen Mott.
She married and later divorced Eugene J. Adams at the tender age of 15.  To that union was born, Daniel Eugene (Reva) Adams, Bluebell; Paul Dewey (Wilma) Adams, West Valley City.  She then married and later divorced Francis H Fowler and they had Franklin Henry (Carlene) Fowler, Myton; Francine (Max) Jensen, Randlett; Dennis Gail (Lorie) Fowler, Rapid City, South Dakota.
Viola was a spirited and fiercely independent woman.  She was a book keeper by trade, working as the head book keeper for Smiths Food Kind/ Kmart for many years.  After her retirement she opened her own fabric store.  She later retired to Randlett.
She was an accomplished pilot, and her hobbies included playing the steel guitar, sewing, puzzles, music, hunting, fishing and gardening.  Mom was an excellent cook, baker and enjoyed canning the fruits and vegetables from her own garden.  Her real passion was dancing, and she could really cut a rug with the best of them.  Viola was an endowed member of the Church of Jesus Christ of Latter-day Saints.  She was inactive much of her life, coming back to the church in her later years.  She lived a full and adventurous life.
She is survived by her sister, Margie Stoker, Vernal; all of her 5 children, 14 grandchildren and numerous great grandchildren.
She was preceded in death by her parents, siblings, Wentworth (Winnie) Mott, Roy Mott, Albert Mott, Melba Mott, Dortha Ivie, Gladys Stoker, Elva Smith, Thelda Malone, husbands, Eugene J. Adams, Francis H. Fowler, Edmond “Sonny” Van and long time companion Harold Pool.
Funeral services will be held on Friday, June 22, 2018 at 11:00 a.m. at the Randlett LDS Chapel.  A viewing will be held at the church from 10:00 - 10:45 a.m.
Burial in the Tridell Cemetery.
Condolences may be shared at www.hullingermortuary.com

To order memorial trees or send flowers to the family in memory of Viola Van, please visit our flower store.