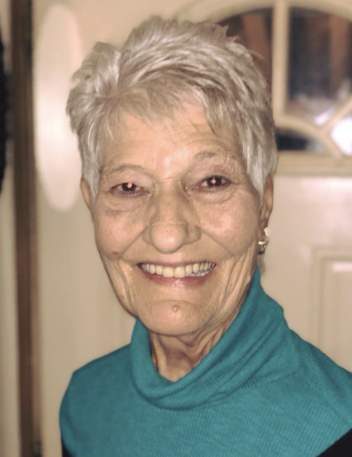 Viola Larue Samples Harmon Phillips, age 81, of Roosevelt, departed this life on February 27, 2020, due to heart problems, with family and friends surrounding her.
Larue was born on November 19, 1938, in Durham, Oklahoma to Clarence & Viola Samples.  She married Gene Harmon on November 4, 1957 and to this union four sons were born. Gene preceded her in death in 1983. Sons are Bobby Gene Harmon (deceased) & Dede Warren Harmon Luther of Bakersfield, California; Gary Wayne Harmon & Linda Williams Harmon of Roosevelt, Utah; Kevin Kent Harmon; Monte Dale Harmon & Eily Burns all of Roosevelt, Utah.
Later in life, on August 20, 2005 Larue married Kenneth Phillips. Ken passed away in January 2011.
Her greatest blessings were her grandchildren: Kirk Harmon, who preceded her in death at the age of 2, Jami Harmon, Jennifer Ross, Justin Harmon all of Bakersfield, California. Alicia Travis of California. Krishia Powers, Erika Harmon, Kent Harmon, Sophia Harmon and 2 more special granddaughters all of Roosevelt, Utah.
Her 11 grandchildren blessed her with 16 great grandchildren with one more on the way.
Larue had 5 sisters: Sue Mauldin (deceased), Minnie Mainord (deceased), LaVona Martin (deceased), Joyce Crow (deceased) and Teresa Samples of Ringwood, Oklahoma. Along with many nieces and nephews.
Larue was an amazing, loving daughter, sister, wife, mother, grams & ggma. You will be truly missed and we all love you for eternity and beyond.
Funeral services will be held on Thursday, March 5, 2020, at 11:00 a.m. at the Hullinger Mortuary with a viewing from 9:45-10:45 a.m.
Burial will be in the Altamont Cemetery

To order memorial trees or send flowers to the family in memory of Viola Larue Harmon Phillips, please visit our flower store.