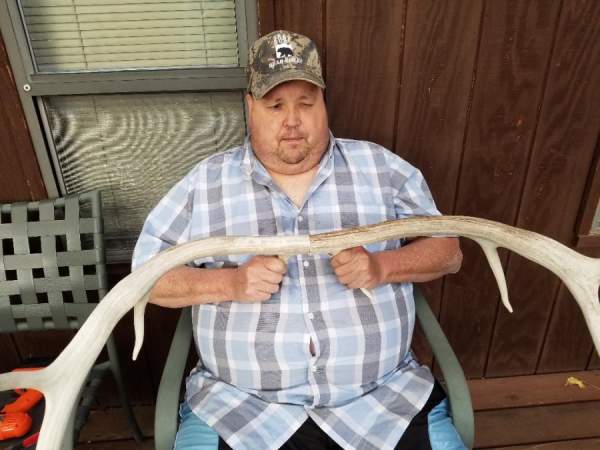 Val D Ercanbrack, age 64  passed away peacefully at home in Pinedale, WY on March 3, 2019.
He was born March 31, 1954, the 5th of 7 children to Wesley and Ethel Ercanbrack in Heber City, Utah. He graduated from Union High School in Roosevelt, in 1971. He then served a 2 year mission to Washington State.
On September 30, 1976, he was sealed to Ida Ralston in the Provo Temple. They spent the next 42 years raising a family in Utah, Idaho, and Wyoming. He enjoyed serving people and spent 40 years in a successful career in the grocery industry.
He is survived by his wife Ida, his 5 children: Tresa Mae (Chester) Durand, Sarah Lee Williams, Luke (Stacy) Ercanbrack , Colton Ercanbrack, Byron Ercanbrack and 4 grandchildren. Siblings: Terry (Nancy) Ercanbrack, Ralph (Jean) Ercanbrack, Anita (Gary) Peterson, Curtis (Jan) Ercanbrack, Bevan (Joni) Ercanbrack, and Kevan (Calleen) Ercanbrack.
He was preceded in death by Wesley and Ethel Ercanbrack and his son Nicholas Ercanbrack.
A viewing will be held on Saturday March 9, 2019, at the Church of Jesus Christ of Latter-day Saints in Pinedale, Wyoming from 12pm-2pm.   A funeral service will be held in Roosevelt, on Monday March 11, 2019 at 11:00 a.m. at the Ballard North Ward Chapel with a viewing from 9 -10:45 a.m.
Burial in the Roosevelt Memorial Park.

To order memorial trees or send flowers to the family in memory of Val Ercanbrack, please visit our flower store.