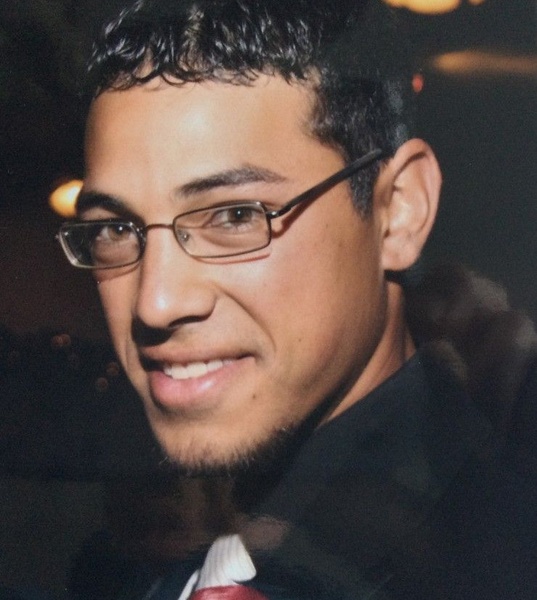 Tyrell Lin Mitchell, age 35, passed away at the home of his parents near Melba, Idaho, on November 8, 2021 surrounded by his loving family. He had battled with diabetes since he was 16 years old, later developed kidney failure and had been on dialysis .
Tyrell was born on December 29, 1985 in American Fork, Utah. He was adopted at birth by Travis and Terri Mitchell who were so happy to receive this special baby boy. His older sister Tammi was excited to get a new baby brother. Tyrell was sealed to this family in the Provo LDS Temple in July of 1986. Three years later he got a baby brother, Tait, which completed the family.
Tyrell was always a very active little boy who liked to climb on things. He had many experiences which caused his parents some anxious moments. The can of red enamel paint turned upside down on himself in the family room, riding his big wheel down the stairs, and jumping off the shed onto the trampoline are just to name a few. At age 6 Ty was diagnosed with ADHD and had to deal with that throughout his life causing him to have many struggles and trials. He was very artistic and enjoyed drawing and artwork. He married Teleena Lewis and later divorced. Ty attended ITT Tech after he moved to Boise and received a certificate in Architectural Drafting. He worked for an architectural firm until he became disabled and couldn’t work. He was very proud of pointing out buildings and projects that he had worked on. Ty loved the outdoors and spent much of his time fishing, exploring and spending time in nature with his dog and cat. He had a big heart and enjoyed helping people. He was also very well liked by those that knew him.
Ty was given a DNA kit as a gift and through that was able to make contact with and get to know his birth parents and their families. He developed a loving relationship with both his birth father, Palemia Fue and his birth mother, Wendy Collins and their families. Both families opened their arms to him as if he had been with them from birth.
Tyrell is survived by his parents, Travis and Terri Mitchell, Melba, Idaho; siblings: Tammi Crnkovich (Travis), Melba, Idaho; Tait (Rachel), Meridian,Idaho. nieces, Jade, Taiya, and Evelynn. nephews, Ethan, Taiven, and Traisen.
Birth father, Palemia Fue (Lani) siblings: Nicholas, Thayne, Kyara, Zaharia, Karyana, Phil, Mason, Gordon, Desmond, Dionnzy, Dallin, Darius, Angellani
Birth mother, Wendy Collins, siblings; Megan, Holly, Annamaria, Miranda and grandmother Phyllis Carlton.
Funeral services will be held at the Hullinger Mortuary, Roosevelt, Utah on Saturday November 20, 2021 at 11:00 am. A viewing will be at the Mortuary at 9:30 that morning.
Interment will be in the Upalco Cemetery, near the town of Altamont where Ty grew up.

To order memorial trees or send flowers to the family in memory of Tyrell Mitchell, please visit our flower store.