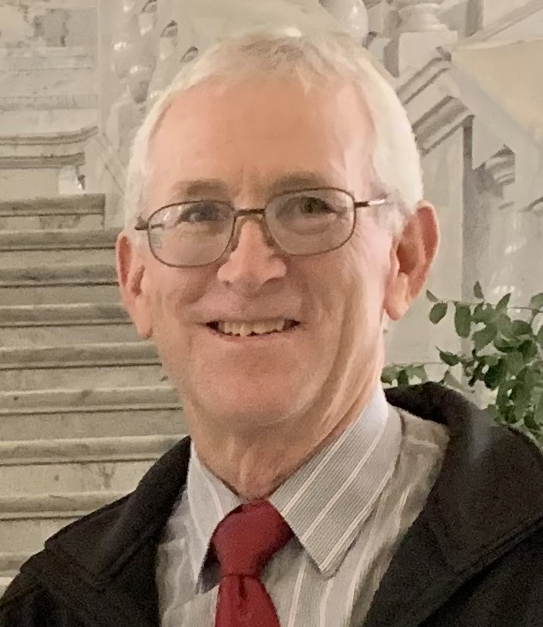 Our beloved husband, father, grandfather, brother, son, and friend, Tony Reay Grant, age 61, of Duchesne, Utah, passed away after conquering the greatest challenges this mortal life had for him. Surrounded by his family, Tony returned to his heavenly home on December 23, 2020, after facing the debilitating effects of advanced esophageal cancer.
Tony was born August 11, 1959, in Roosevelt, Utah, to Parry Lloyd Grant and Morna May Merkley, the youngest of four sons. He married his sweetheart, Pennie Lynne Jones, for eternity on June 5, 1981, in the Provo Utah Temple. Parents to six children and grandparents to fourteen grandchildren, they were months shy of reaching their 40th wedding anniversary. They were seldom seen without each other, side by side as a strong example of companionship, love, and happiness.
Tony was a life-long, faithful member of the Church of Jesus Christ of Latter-day Saints and served in numerous leadership callings and positions of care and ministering.  Even in the midst of his own challenges, he couldn’t rest until the needs of others around him were resolved. Tony sought foremost to pattern his life after our Savior Jesus Christ, sharing his abiding testimony in both his words and actions. No calling was greater for him than that of husband, father, and grandfather. He was an example of mental, physical, and spiritual grit which were demonstrated in spades as his illness progressed. He was a kind, patient, and loving son, brother, husband, father, grandfather, and friend to all. His favorite times and happiest memories were those spent with his wife and family where quality time was always top priority.
Tony was a man of many talents. He had a great love for sports - he enjoyed competition and was enthusiastic about passing that on to his children. One of his great achievements from childhood was when his little league baseball team made it to the 1972 World Series - a first for Duchesne. Tony was a pitcher and catcher for the team and pitched a no-hitter at their opening game against Idaho Falls. Their team took 3rd place and were awarded the “Sportsmanship Award”. Tony has always been a good sport and rarely ever said a negative word about others. He was passionate about the outdoors and spending time in nature. He loved the beauty of animals in nature and in his later years would rather shoot an animal with his camera than with his gun, or collect their antlers as opposed to their heads. He loved to camp, fish and hunt for deer and elk antlers and even in his final weeks had vivid dreams of doing his favorite outdoor activities.
While sometimes serious in the public eye, Tony had a very fun-loving and playful personality with family and close friends and loved to make people smile and laugh. Tony was dedicated, responsible and dependable and was therefore widely respected and loved.  He was generous to others with his time, talent and skills and sought the path of self-improvement and growth throughout his life, even (and often) when that path was difficult. Tony was always patient and sought to lift others by teaching them what he knows, especially when it comes to his knowledge and unwavering testimony of the Savior Jesus Christ.
Tony always had a project in mind - sometimes several - and seemed to run circles around the family when it came to getting things done. He dedicated his life to hard work and consistency which allowed him to achieve his goals; he didn’t give up until everything was finished. He was intelligent and creative and built too many things to count. He especially enjoyed traveling with his family to see new places and experience new things, but never wanted to stay in any one place too long. He now leads our family in that ultimate journey - he’s undoubtedly enjoying the thrills of being “on the go” again.
Tony is survived by his loving wife, Pennie ,of 39 years, son Wesley (Julie) Grant, daughter Realyn (Shane) Patterson, daughter Catrina (Brandon) Watson, daughter Tonilyn (Russ) Liechty, son Justin (Brenda) Grant, daughter Sasha (Drew) Grant, brother Dennis (Monica) Grant, brother Daryll (Valenna) Grant, brother Marlin (Joni) Grant, along with 14 grandchildren, many nieces, nephews and extended family members.
He was preceded in death by his mother and father, Morna May and Parry Lloyd Grant.
Funeral services will be held on December 30, 2020, at 11:00 AM at the Duchesne 1st and 3rd Ward Chapel of the Church of Jesus Christ of Latter-day Saints.
A viewing will be held from 9:30-10:45 AM prior to the services at the church.
Burial will be in the Duchesne City Cemetery.
In lieu of flowers or other condolences, please donate to the Klic organization to help others as they battle cancer. Donations can be made to KLIC via PayPal at keepingloveincommunities@gmail.com or via Venmo @KLiC1.

Due to COVID-19, the services are for immediate family only, but the funeral service will be live-streamed here.  Masks are required for those attending.

To order memorial trees or send flowers to the family in memory of Tony Reay Grant, please visit our flower store.