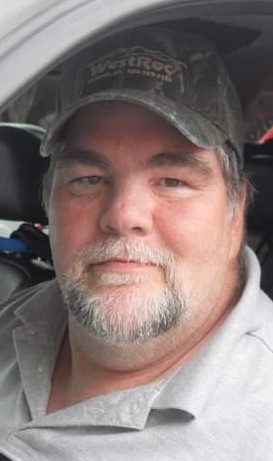 Thomas Neil Tuinman, Sr., age 61, of Roosevelt, passed away May 31, 2019, at the Lakeview Hospital in Bountiful.
He was born January 27, 1958, in Grand Rapids, Michigan, to Wallace and Eva Tess Crozier Tuinman.  He married Darla Dee Seddell on May 31, 1980, in Salt Lake City – they were married for exactly 39 years.
Thomas worked in construction and was a truck driver in the oil field.  He was an amazing and loveable man who would give you the shirt off of his back.  He was the biggest clown and did his best to make you laugh, especially if you were having a bad day.  He enjoyed camping, fishing, hunting, and boating on Moon Lake.  He was the best father, grandfather, brother, uncle, and friend that anyone could hope to have and cherished his grandchildren whom he did so many things with.  He really liked to get out on his “Jazzy” and ride around town.  He was a member of the Church of Jesus Christ of Latter-day Saints.
Thomas is survived by his wife, Darla, of Roosevelt; his children, Kristy (TC) Whitchurch, Ballard; Thomas (Samantha) Tuinman, Jr.; Stephanie Tuinman (Byron Thompson); Amy Tuinman, Damien Tuinman, all of Roosevelt; grandchildren, Thomas III, Drevin, Dylyn, & Jacob Tuinman; sister, Carolyn Ray, Salt Lake City;  and many nephews, nieces, cousins, and relatives.

He was preceded in death by his parents, Wallace & Eva; brother, Edward Tuinman; mother - and father-in-law, Doris & R.D. Seddell; a sister, Kathleen Blanton and a nephew Timothy Seddell.
There will be a visitation on Wednesday, June 5, 2019, at the Hullinger Mortuary in the afternoon from 2:00 p.m. to 3:00 p.m.  Afterwards he will be cremated.
There will be a Celebration of Life at a later date.

To order memorial trees or send flowers to the family in memory of Thomas Neil Tuinman, Sr., please visit our flower store.