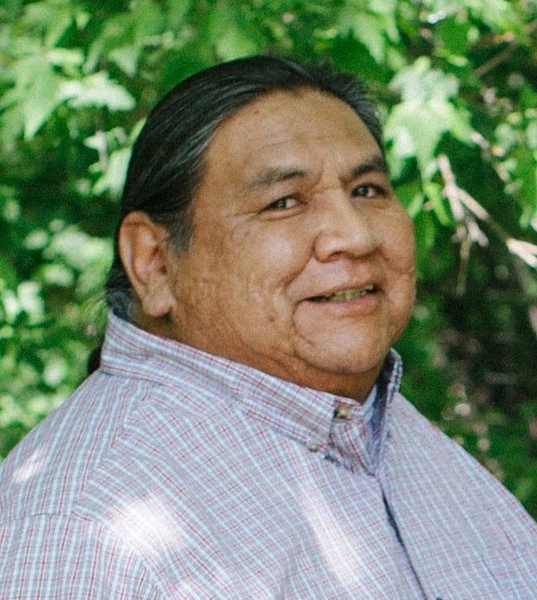 Thomas Doyle Jenks, age 65, of Roosevelt, passed away October 28, 2021, from complications of COVID-19.
He was born February 6, 1956, in Vernal, to Glenn and Lorna Serawop Jenks. He found the love of his life, Marilyn Jean Russell, and they have been together for 21 years.
Thomas had gone to school and graduated with a degree in Social Services from BYU. He was a social worker in Oklahoma for many years before moving back to the Basin and then doing social work for the Ute Indian Tribe. He had a knack for writing poetry in his younger years, and as an adult liked to draw and color in his adult coloring books. He played football for Union High School and was an avid fan of college football, often spending every Saturday watching it on TV during the season.
He loved his grandkids, doted on them every chance he got, and each received a special nickname. He also took them out and taught them how to feed the cows and horses and how to take care of the other animals. He was very loving, giving, and selfless, and never had a bad word to say about anyone. His sarcastic sense of humor will never be forgotten.
Thomas is survived by his companion, Marilyn Russell, of Roosevelt; children, Zach Jenks, Roosevelt; Sarah Jenks, Salt Lake City; Rachel Jenks (Anil Ramrakhyani), Union City, CA; Isaac Jenks, Kansas City, MO; step-children, Benny Romero, Sparks, NV: Samantha (Cody) Young, Roosevelt; Zachary Moore, Sparks, NV; 10 grandchildren, 1 great-grandchild; mother, Lorna Jenks, Roosevelt; siblings, Gwen (Garrett) Denatsosie, Towaoc, CO; Glenna Jenks, Jerry Jenks, Crystal Adams, all of Roosevelt; and numerous nieces and nephews.
He was preceded in death by his grandparents, Tom Jenks, Maude Tabbee, Rose Sibello; father, Glenn Jenks; brother, Derrick Jenks; uncle, Hugh Jenks, Aunts, Cecelia & Dorothy Jenks; step-son, Andrew Romero; brother-in-law, Joe Shopteese.
Funeral services will be held on Wednesday, November 3, 2021, at 11:00 a.m. at the Hullinger Mortuary. There will not be a wake, but there will have a viewing at the Mortuary on Tuesday from 5-7 p.m. and Wednesday morning from 10-11 a.m.
Burial will be in the Roosevelt Memorial Park.

To order memorial trees or send flowers to the family in memory of Thomas Doyle Jenks, please visit our flower store.