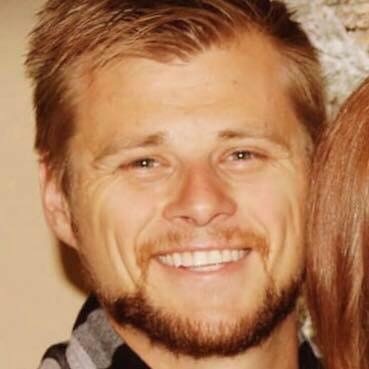 Thomas Michael Berrett, age 26, of St. George, formerly of Roosevelt, passed away January 28, 2019, at the Dixie Regional Medical Center in St. George.
He was born April 20, 1992, in Roosevelt, to Michael George and Beverly Joy Stubbs Berrett.  He married Rachel Duncan on May 26, 2017, in Toquerville, Utah.
Thomas worked as a car salesman, a job he really liked and was cut out for.  He also enjoyed accessorizing and tinting windows on vehicles  He enjoyed doing anything outdoors, whether it was hiking, swimming, boating, fishing, golfing, riding motorcycles, or snowboarding, and he enjoyed it even more when he was able to do those things with his family, especially with his wife, Rachel.  One of his favorite hobbies was working on “Hot Rods” with his uncles, Bart and Britt.  He was a member of the Church of Jesus Christ of Latter-day Saints.
He was well known for his smile, his great hugs, and the twinkle in his eye – he will be deeply missed.
Thomas is survived by his wife, Rachel; his cats, Koté & Azaroth, all of St. George; his mother, Beverly Berrett, Roosevelt; sisters, Krisha (Rory) Russell, Roosevelt; Natasha (Casey) Rogers, Stansbury Park; Jeremy Conetah, Stashia Dahlberg, Nikita (Mahon) Yazzie, Lindsey (Cody) Ellingford, all of Roosevelt; Mica (James) Munford, Vernal; grandmother, Frances Lou (Raymond) Wardle; parents-in-law, Anitra & Robbie Duncan, Roosevelt; grandparents-in-law, Garnett (Rebecca) Massey, Roosevelt; Connie Friend, Massachusetts; Doug & Irva Lee Duncan, Roosevelt; brothers-in-law, Brad (Katelyn) Duncan, Logan; Deion Duncan, Roosevelt; and numerous nieces, nephews, and other relatives.
He was preceded in death by his father, Michael; grandparents, George & Nadeen Berrett, Ritchie Stubbs, Jr.; and an uncle, Dean Townsend.
A Celebration of Life will be held on Saturday, February 2, 2019, at 1:00 p.m. at the Grace Event Center in Roosevelt.  There will be an interment prior to the celebration at 10:30 a.m. at the Roosevelt Memorial Park

To order memorial trees or send flowers to the family in memory of Thomas Michael Berrett, please visit our flower store.