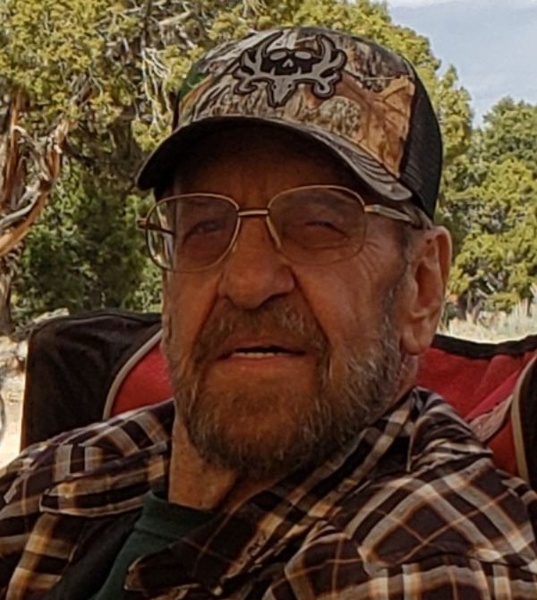 The funeral will be live-streamed here

Tex Ray Ross, age 75, of Neola, passed away at his home on July 14, 2021.
Tex was born December 3, 1945, in Roosevelt to Floyd and Hazel Adeline Allen Ross. He graduated from Union High School in 1965, and then was employed seismograghing in North Dakota, Montana and Wyoming. In 1970, he worked for R.C. Willey as a carpet installer and moved to Oregon where he continued to install carpet, eventually owning part of a floor covering business. He moved back to the Uintah Basin in 1972 and worked in the oilfield for 35 years.
He married Sandra Marie Bromley on October 4, 1969.
Tex loved hunting, fishing, going to the mountains, music, horses and packing into the High Uintahs. He had a wonderful sense of humor and loved to tease and joke. He could build, fix or tinker with anything that needed his attention. He enjoyed doing yard work with his wife, and was a good mechanic. His family was his priority and he delighted in each of them and the time he spent with them.
He is survived by his wife, Sandi Ross; children, Galen (Raeleen) Ross, Gerald (Kim) Ross, Corey Ross, Devin (Melissa) Ross, Chelsea (Troy) Powell; 13 grandchildren, 12 great-grandchildren with one on the way; and a sister, Juanita “Wag” (Robert) Wagner.
He was preceded in death by his parents, siblings, Weldon Ross, Shirley Tanner, Jim Ross, Irene Brown, George Ross, Larry Ross, Devon Ross, and Glen Ross.
Funeral services will be held on Friday, July 23, 2021, at 11:00 a.m. at the Hullinger Mortuary where a viewing will be held from 10-10:45 a.m. that morning.
Burial will be in the Neola Cemetery.

To order memorial trees or send flowers to the family in memory of Tex Ray Ross, please visit our flower store.