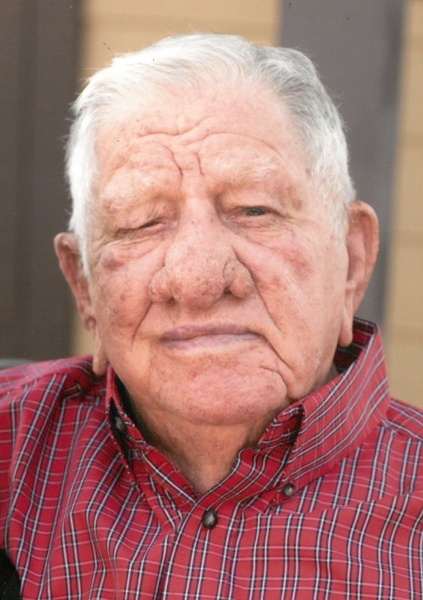 Our dear father, grandfather, and great-grandfather, Terry Mackley Buxton, age 86, of Roosevelt, passed away peacefully on October 26, 2019.
He was born August 21, 1933 in Driggs, Idaho to Mary Ellen Mackley and Darrell Carson Buxton.  He grew up on the family potato farm in Bates, just west of Driggs, Idaho in the beautiful Teton Valley.  He loved life on the farm with his parents and three brothers.  He was a student body officer at Teton High School and at Ricks College.
After serving a mission in the New England states, he married his eternal sweetheart, Diane Christensen, on December 16, 1955 in the Idaho Falls temple.  Together they embarked on a journey through pre-med and then medical school at George Washington University in Washington D.C. and an internship at LDS Hospital in Salt Lake City, Utah.  They then looked at where to make their home and found a rural community in northeastern Utah in need of a doctor and made the decision to settle in Roosevelt, Utah, where he worked as a general practitioner for the next 37 years until his retirement in 2000.  He always said he "just wanted to be a 'good ole' country doc."  He, Frank Madsen, and Gary White started the Roosevelt Medical Clinic and practiced as Buxton, White, and Madsen.  Dr. Phil Condie and then others joined them later.  At that time the doctors did everything and worked many long hours covering the ER, doing surgeries, delivering babies, and in the clinic.  He truly loved and cared about his patients and they loved him.  He delivered many babies and in his later years loved talking to the younger generation to see if he had delivered them.  He was proud of the fact that he helped establish the new Duchesne County Hospital in Roosevelt, now known as Uintah Basin Medical Center.
He had developed a love of farming and for cattle and horses in his youth, which continued throughout his life.  You could take the boy off the farm, but not the farm out of the boy!  Along with his busy medical practice, he had a small farm and cattle on the side and, of course, several horses.  He loved to rope and ride and became affectionately known not only as Dr. B. in the medical community, but as Dr. Buckskin and Wildhorse Buckskin because of his love for chasing wild horses.  He built a roping arena on the land he owned just north of Roosevelt in Ballard, where friends would regularly meet to rope together.  He loved to rope in rodeos and was often also a pick-up man.  He also loved to fish and hunt.  He took pride in his garden and loved to share the produce with others.
He was a devoted member of the Church of Jesus Christ of Latter-Day Saints and served in many callings over the years, including High Councilor and Bishop.  He and Diane, after his retirement, served a medical mission in the Pacific Islands area, an experience which he loved.  He was proud of his family and loved his grandchildren and great-grandchildren dearly and always wanted to have a kid pony for them to ride and loved to take them fishing.  After several horse accidents over the years took a toll on his body, he had to give up some of the things he loved, which was very difficult for him since he was used to being so active, but he still tried to do as much as he possibly could.  He set a great example to us of hard work and love and service to others.  He leaves a great legacy for his family and also for the Uintah Basin community.  We all love him dearly and will miss him so much, but take comfort in knowing that he has now joined his sweetheart and other loved ones and his body is now free again to see, hear, walk, run, fish, and ride horses!  He has finally hung up his stethoscope and greens; his lasso, boots and spurs.
He is survived by his children, Julie (Brent) Wilkins, Orem; Greg (Tracie) Buxton, Roosevelt; Ginger (Mike) Rust, Roosevelt; 14 grandchildren, 19 great-grandchildren with one more on the way; brothers Jay Dell (Judy) Buxton, St. George, and Keith Buxton, Provo; and numerous nieces and nephews.
He was preceded in death by his wife, Diane; son, James Chris Buxton; brother, Darrell Ray Buxton; parents, Mary Ellen and Darrell Carson Buxton; and parents-in-law, Irvin and Nola Christensen.
The family would like to thank Dr. Garcia and the UBMC staff for their loving care of Dad and also thank the great staff at Parkside Manor.
Funeral services will be held on Wednesday, October 30, 2019, at 11:00 a.m. at the Roosevelt 11th Ward Chapel of the Church of Jesus Christ of Latter-day Saints.  There will be a viewing on Tuesday from 5-8 p.m. at Hullinger Mortuary and from 9:30-10:45 a.m. Wednesday at the church.
Burial will be in the Roosevelt Memorial Park.
In lieu of flowers, please make a donation to NephCure Kidney International, the American Foundation for Suicide Prevention, Uintah Basin Healthcare Foundation, or the American Cancer Society in behalf of Dr. Terry M. Buxton

To order memorial trees or send flowers to the family in memory of Terry Mackley Buxton, please visit our flower store.