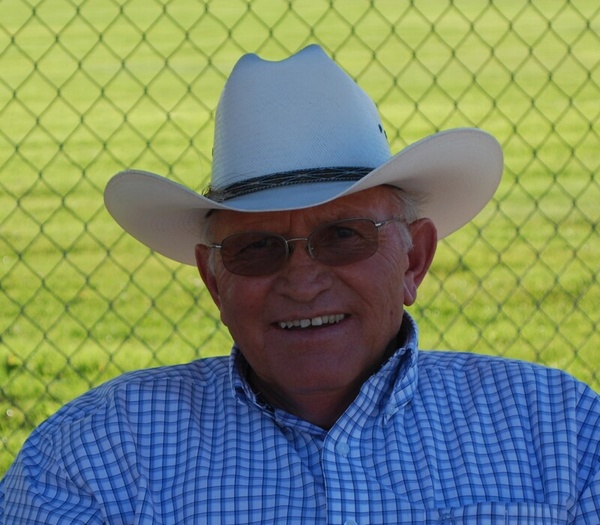 On December 1, 2020, Terry Mac Brotherson, age 77, of Talmage, Utah, passed away at his home surrounded by his loving family, after a long, courageous, and valiant fight against Parkinson’s Disease.
Terry was born on July 17, 1943, the second son of Blaine Burnside and Phyllis McDonald Brotherson, in Salt Lake City, Utah.
Our legendary cowboy was raised on a ranch in Talmage, Utah, until after graduation in 1961, when he moved to Salt Lake City to go to work for Elias Morris & Sons. It was while living in Salt Lake, and after dating for almost four years, that he asked the love of his life, Bonnie Lee Jessen, of Altonah, to marry him. They were married on March 18, 1965, in the Manti Utah Temple. In 1966, they were blessed with their first daughter, Cheree, and in 1968 they moved back from Salt Lake City to the Uintah Basin and eventually to his beloved Talmage. In 1971, they were blessed with their second daughter, Kristi Lee, and then in 1976, their third daughter, Ashley Ann. He thought he was done, however, in 1990, he stepped up to help Cheree with the raising of her son, and his first grandson, Jace Terry Brotherson. For that our family will be forever grateful.
Terry loved ranching, but his “hobby” as he called it, would not support his family. He always had another full-time job, which included: Service Manager for G&L Chevrolet; owner of the Hilltop Husky Service Station; Ranch Foreman for Gary Sprouse; and eventually, many years in the oil industry. Terry was extremely talented. There was nothing he could not do. After retiring he spent countless hours in his woodshop making beautiful treasures.
Terry loved his family more than life itself. He tried so hard to be at every game, rodeo, school program, cattle branding, or hay hauling event. He was completely devastated when his disease took those things from him and he was no longer physically able to attend.
Terry never complained, never gave up, and never gave in to his disease. He arose each and every morning not knowing what the day would bring, but did so with a smile as big as the man he was. It is time to rest cowboy. May you rest in peace until you guide the rest of us home. We will forever hold you in our hearts and strive to live the lessons we learned from you,
Terry is survived by his wife, Bonnie Lee; children: Cheree Brotherson, Roosevelt; Kristi Lee (William) Sorensen, Talmage; and Ashley Ann (Cody) Shiner, Altamont. Grandchildren: Jace, Baxter, Mariah, Jordyn, Laynee, and Ty. Great-grandchildren: Quinn, Trig, and Wylee. And his brother, Phillip Blaine (Glenna) Brotherson, Roosevelt.
He is preceded in death by his parents, father and mother-in-law, Lee and Florence Jessen; brothers-in-law, Dewey, Reay, and Gary Jessen, and Dee Roberts; sisters-in-law, Minnie Lue Roberts and Rosalee Jessen.
Due to COVID-19, funeral services are for immediate family only, but they will be live-streamed at the link below.
Funeral services will be held on Saturday, December 5, 2020, at the Moon Lake Ward Chapel of the Church of Jesus Christ of Latter-day Saints. Viewings will be held on Friday evening from 5:00 - 7:00 PM at the church, and on Saturday from 10:00 - 10:45 AM prior to the service.
Burial will be in the Mtn. Home - Boneta Cemetery.

To order memorial trees or send flowers to the family in memory of Terry Mac Brotherson, please visit our flower store.