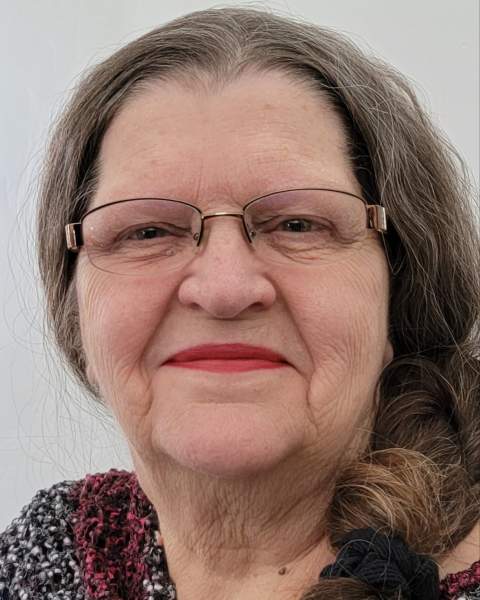 SueAnn Squire, age 72, of Roosevelt, passed away September 11, 2022, at her home.
She was born May 19, 1950, in Roosevelt, to Grant Collins and Jennis McConkie Betts.
She graduated from high school and then went to the Stevens Henager Business College where she earned her business degree in two-thirds the time that it usually takes.
She married Paul Cook Squire on December 11, 1970, in the Salt Lake Temple of the Church of Jesus Christ of Latter-day Saints.  SueAnn was a hard worker and never did anything half-way.  She started working for Intermountain Health Care as a secretary and then worked her way up to office manager.  While she worked at IHC, she went to school to become a massage therapist.  She was an avid reader and writer, publishing a book with her daughter.  She did lots of genealogy and put together many family history books.  Crocheting was a favorite pastime and many of her co-workers and family received a blanket or afghan.  She loved food and made it with love and her treats and desserts were second to none.
SueAnn was active in the church, serving in various callings, and she had a powerful spirit that was often shared in her great service to others.   Her family was ultimately the most important thing in her life.  She home-schooled all of her children, and some of her younger siblings, all the way through graduation.   She adored her grandchildren and was always interested in their talents and likes and encouraged them in all they did.
SueAnn is survived by her husband of 51 years, Paul, of Roosevelt; her children, Kiora Moon Wolf, Vernal; Cris (Bridget) Squire, Roosevelt; Scarlet (Blake) Reynolds, Vernal; Aaron (Karina) Squire, Independence; Shaleen (Jared) Moore, Springville; Oliver (Shallin) Squire, Roosevelt; Jennalee (Alyx) Larsen, Roosevelt; 27 grandchildren, 7 great-grandchildren with one on the way; siblings, Howard (Lisa) Betts, Myton; Allen Betts, Ballard; Roger (Faye) Betts, Vernal; Danny Betts, Independence; Garn (Tina) Betts, Salt Lake City; Bruce Betts, Ballard; Rose Ellen Betts, Roosevelt; GayLynn (Steve) Smith, Riverton; Vida (Quen) Laursen, Helper; David (Adrian) Betts; Reeda Betts, both of Independence; many children that they fostered over the years, and numerous nieces and nephews.
She was preceded in death by her parents, and daughter-in-law, Jennifer Squire.
A memorial service will be held on Saturday, September 17, 2022, at 11:00 a.m. at the Pavilion at the Roosevelt Central Park.  There will be a viewing on Friday from 6-8 p.m. at the Hullinger Mortuary.
Per her wishes, she will be cremated.

To order memorial trees or send flowers to the family in memory of SueAnn Squire, please visit our flower store.