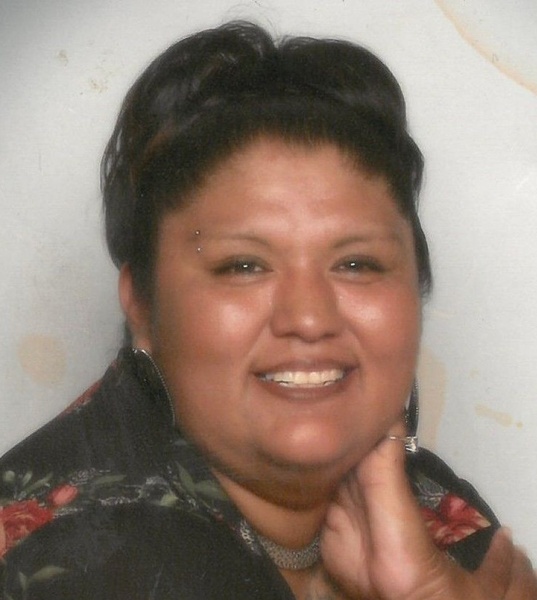 Stephanie Lee Thompson, age 48, of Roosevelt, passed away October 6, 2021, at her home from complications of liver failure.
She was born January 17, 1973, in Roosevelt, to Leonard Lee and Leslie Rose Agayio Thompson. She was companions with Clifton Austin, and he later passed away. She was companions with Anthony Land, and they later separated.
Stephanie had worked as a community health representative and a transit driver for the Ute Indian Tribe. She was very creative and artsy and really enjoyed decorating her home, especially for Halloween and Christmas. Her “free spirit” took her traveling everywhere. She loved her grandkids and believed in her Native Traditions, both from the Ute side and the Hopi side.
Stephanie is survived by her children, Daniedra Austin; Kinashaw Austin, Tre Land, Antonya Land, all of Roosevelt; 8 grandchildren; a sister, Lois Thompson, Roosevelt; brother, Leonard Thompson, Jr., Duchesne; and numerous nieces, nephews, aunts, uncles, and cousins.
She was preceded in death by her parents, and a brother, Nathan Thompson.
Funeral services will be held on Saturday, October 9, 2021, at 12:00 noon at the Hullinger Mortuary. There will be a viewing on Friday at the mortuary from 6-8 p.m.
Burial will be in the Randlett Cemetery.

To order memorial trees or send flowers to the family in memory of Stephanie Lee Thompson, please visit our flower store.