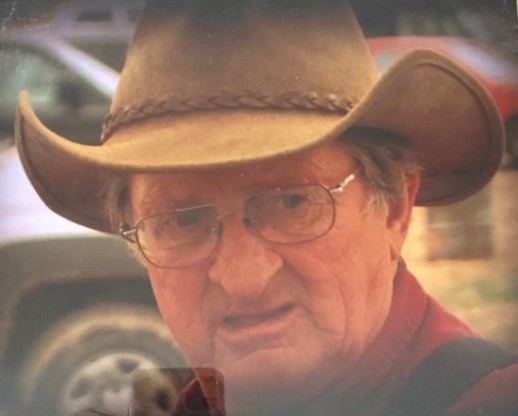 Stanley Lavor Meacham, age78, of Pleasant Valley, passed on September 26, 2020, from natural causes.
He was born in Monroe, Utah to Golden (Littlefield) and Shirley (Andreasen) Meacham, on July 31, 1942. He was the second oldest of five children: Douglas, Kenneth, Carol, and Jill.
When Stan was in 5th grade, the family relocated to Arco, Idaho to the farm he would grow up on.  On the plains of the Lost River Valley, he spent his childhood catching wild horses, going on cattle drives, and taming his pet eagle, Caesar.
In high school, he started a band with three dear friends in which he sang and played the saxophone. This love for music endured his entire life and resonated much joy to himself, friends, and family. He continued to play and perform music up until and during his attendance at BYU.
After college he began farming as well as took a job at Arco Atomic Site as an experimental nuclear technician.
He married Judy Richling, and had four kids, later divorced. In 1975 he wed Rita Boisjolie, and moved to Pleasant Valley, Utah, where he farmed and drove truck. He and Rita had eight children together and were married 47 years.
Stan was an entrepreneur throughout his life: he started and ran many ventures that varied from rabbit farming as a child to trucking.
He was a gregarious person who was able to make friends of all walks of life and age.  Thank You, Grandpa, Thank You, Dad, Thank You, Husband, Thank You, Friends, for the love you shared with us.
Stan is survived by his wife, Rita; children, Jan (Wayne) Hanberg, Devyn (Jeffery) Metcalf, Marcie (Travis) Tucker, Sam (Diana) Meacham, Tom (Kelli) Meacham, Margo (Trevin) Jenson, Anna Meacham, Molly (Wade) Price, Manette Meacham, Odin Meacham.  His grandchildren and great grandchildren are numbered 57 at the time of his passing. He bore great love for them and they brought much joy to his life and he to theirs.
He was preceded in death by his parents, Golden and Shirley; a sister, Carol, a brother, Douglas; a daughter, Rebecca; a son, Alexander; a granddaughters, Courtney Jensen; LaWren Rhodes, his beloved cow dog, Ragnar; and a cherished horse, Dan.
Funeral services will be held on Wednesday, September 30, 2020, at 11:00 a.m. at the Grace Event Center (1024 W US-40, Roosevelt).  There will be a viewing at the center on Tuesday from 6-8 PM.
The burial will be at the Meacham Family Cemetery.

To order memorial trees or send flowers to the family in memory of Stanley Meacham, please visit our flower store.