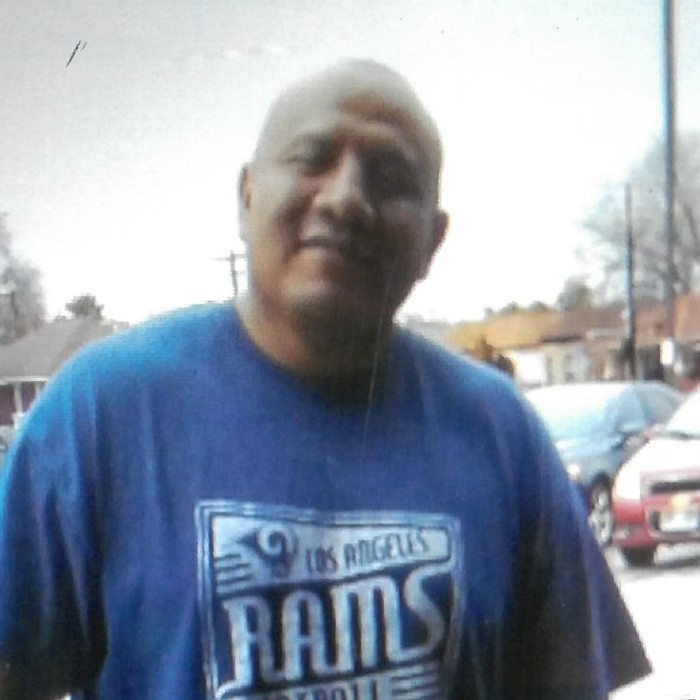 Stanford Checora, Jr., age 43, of Salt Lake City, formerly of Randlett/Whiterocks, passed away unexpectedly on July 6, 2019, at his home in North Salt Lake.
He was born September 4, 1975, in Roosevelt, to Stanford Checora, Sr., and Viola Arlyne Tabbee.  He was also raised by foster-parents, Leslie & Brad Harmston, whom he loved very much. He was also raised by Merilee and the late Alvin Longhair, and by the late Lydia Oarum and Ben Watts.
Stanford married Edith Valdez, and they later divorced.  He married Vanessa Young, and they later divorced.  He then married Delora Myore, and they later separated, but he loved her very much.
In his younger days, Stanford would climb the hills in Randlett, Sundanced, and was a “mamma’s boy”.  He had some challenging times, but finally found God and changed his ways.  He became a member of the Pentecostal Church and also got his Commercial Driver’s License, becoming a long-haul Amazon truck driver which took him all over the United States.  He was a very friendly, and was always willing to help anyone.  His most favorite place to be was in Los Angeles, California.  He enjoyed eating fast-food, fishing, going to the mountains, working out, studying Karate and spending time with his brothers, sisters, children and family from both sides of his parents’s families.
Stanford is survived by his children, Selina Starr, Melia Summa, Roger, Viola, Angela Checora; adopted daughter Collette Checora; siblings, Raylayne (Arrow Wissiup) Checora; Youvella Checora, both of Whiterocks Road; Joe & John Renwick; Greg Checora, Valencia (Henry) Cesspooch, all of Vernal; foster-parents, Leslie & Brad Harmston, Myton; aunts, Pauline Black, Angela (Dale) Shavanaux, numerous nieces and nephews and was a proud grandpa.
He was preceded in death by his parents, his brothers, Frank Checora, Eric Bush, Sr; & Isaac Tabbee; grandparents, Frank Checora, Lula Redcap Myore, Wallace & Arlene Myore Tabbee.
Graveside services will be held on Thursday, July 11, 2019, at 10:00 a.m. at the Ft. Duchesne Cemetery.  A wake will be held after 4:00 p.m. on Wednesday at Youvella Checora’s home on the Whiterocks Road.

To order memorial trees or send flowers to the family in memory of Stanford Checora, Jr., please visit our flower store.