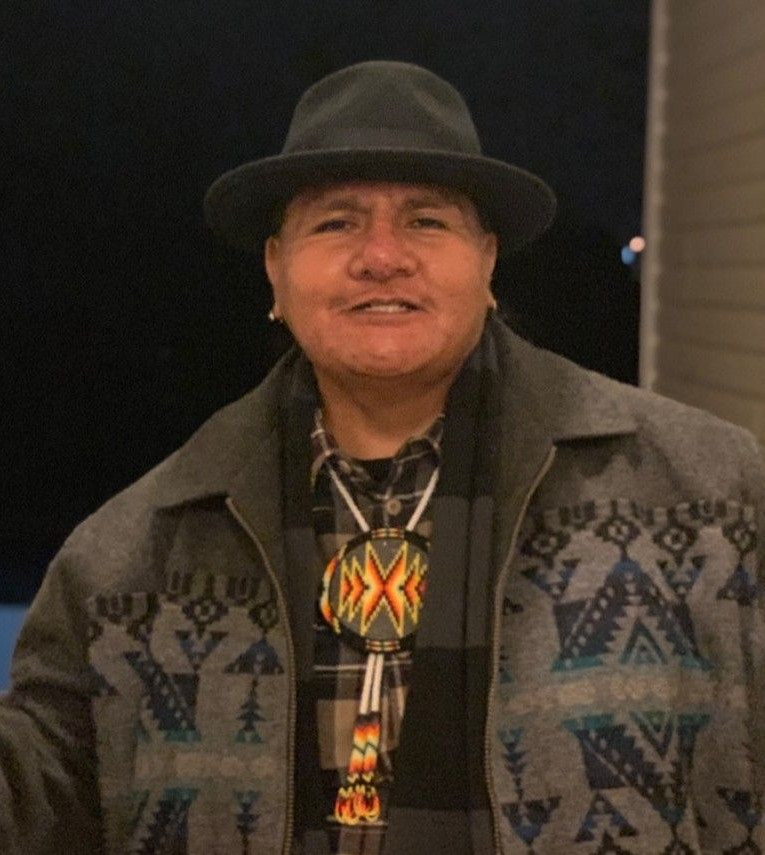 Silas Chimburas, age 47, of Whiterocks, passed away July 23, 2021.
He was born October 28, 1973, in Roosevelt, to Alwyn Alvin Wall, Sr. and Geneva “Ginny” Chimburas. He married Leana Copperfield and they were later divorced. He was together for over 21 years with Jeromy Groves.
Silas was a man of all trades. He was currently working as maintenance for the laundromat in Whiterocks, but had owned and operated his own construction business - SC Construction –, was a carpenter, and a brick layer. He enjoyed fishing, traveling, going to concerts, watching WWE wrestling, handgames, riding motor cycles, gambling, playing the casinos, and building things. In his younger years he was a BMX racer, skateboarder, breakdancer, and weightlifter. He was a talented artist who drew, painted, did beadwork & leatherwork, and played bass guitar in a band. He “was Hollywood”, as he liked to say, because he was an extra in the recent TV series, Yellowstone. He loved to make friends, joke with everyone – he just had a fun personality. He had a great fashion sense and often dressed to impress.
Silas was very traditional and spiritual: he helped Jeromy and was a Fire Keeper at the Sundance. He was a confirmed member of the Episcopal Church.
Silas is survived by his companion, Jeromy; daughters, MoonBeam Celeste Chimburas; Carley Groves; son, Macafee Starr; grandchildren, Maomi Groves; Maycee, Harlan, & Mia Williams; mother, Ginny Chimburas; second mother, Irene Gardner; siblings, Adam B Twiss (Julitha Serawop); Arvin, Vida, Elwyn Jr, Julian, & Marino Wall; aunts and uncles, Pauline Black, Pauline Checora, Angela (Dale) Shavanaux, Alfreda & Afrem Wall; niece, Azra B. Twiss; and numerous nieces, nephews, and other relatives.
He was preceded in death by his father, Elwyn; his grandparents, Smith & Grace Chimburas; Frank & Cora Bascom; Robert & Emma Lou Cuch; Alfred & Ida Wall; Homer & Frances Wall; mother-in-law, JoAnn Wash; and brother-in-law, Keith Tohannie.
Funeral service will be held at the Whiterocks Community Building on Tuesday, July 27, 2021, at 10:00 a.m. There will be a wake at Jeromy Groves’ home on Monday after 4:00 p.m.
Burial will be in the John Harmes Cemetery.

To order memorial trees or send flowers to the family in memory of Silas Chimburas, please visit our flower store.