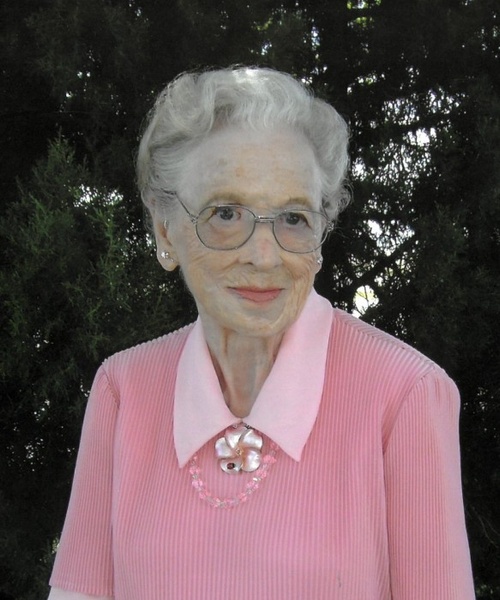 Shirley Fay Mortensen Ward, age 97,  passed away peacefully in her home on January 25, 2019.
Shirley was born on July 13, 1921, to Senor F.  and Mattie Moon Mortensen on the North Myton Bench, Roosevelt.
After graduating from high school in Roosevelt in 1939 she attended the LDS Hospital School of Nursing in Salt Lake City and became an RN. She married Paul Richard Ward during WWII on Sep 6, 1944. They were sealed in the Oakland Temple on March 30, 1979. Paul died July 5, 2003.
After the war they bought a dairy farm in northern Colorado where their two children Rick and Elizabeth were raised.  Then they moved to central California where Shirley practiced nursing as the head of the medical wing of the local hospital while Paul managed an orange ranch for 6 years. Then they moved to San Francisco where Paul was an animal keeper at the San Francisco Zoo for 12 years.  Upon retiring in 1979 they moved back to the Uintah Basin to build a log house on the North Myton Bench, a mile west of where Shirley was born.
Shirley was a devout member of the Church of Jesus Christ of Latter-Day Saints with a powerful testimony of the Gospel of Jesus Christ.  In her later years as she looked back on her life, she realized that her life’s mission had been to search out Paul’s ancestors and give them the opportunity to hear the Gospel.  She attended the Temple regularly and submitted many thousands of names for Temple ordinances.  Paul was the first and only member of his family to join the Church in 1976.
During the 1980s Shirley and Paul traveled to all 48 states and southern Canada in their small motor home, sightseeing, visiting friends and relatives, doing genealogy by visiting courthouses for documents of ancestors and photographing headstones. They made 10 trips, averaging about two months each.
Shirley was an expert at sewing, knitting, crocheting, making jewelry and growing flowers.  She also raised a vegetable garden for canning.  She enjoyed reading scriptures and commentaries on Gospel doctrines of the Church. She was a wonderful mother and loved to serve others, especially when she could use her medical and counseling skills.
Shirley is survived by her children Paul “Rick” Ward Jr. and Elizabeth (Ben) Hoschouer, Roosevelt; her brothers Senor Jr. and Keith (Sharon) Mortensen, Roosevelt; a sister Mary Lee Stevens, Texas; five Hoschouer grandchildren and seven great grandchildren.
She was preceded in death by her husband, Paul Richard Ward; her parents, and her older sister Ellen Virginia Nielsen.
Funeral services will be held on Saturday, February 2, 2019, at 12:00 noon at the Roosevelt Stake Center of the Church of Jesus Christ of Latter-day Saints (447 East Lagoon Street) where a viewing will be held from 10:30-11:45 a.m.
Burial will be in the Roosevelt Memorial Park.

To order memorial trees or send flowers to the family in memory of Shirley Fay Ward, please visit our flower store.