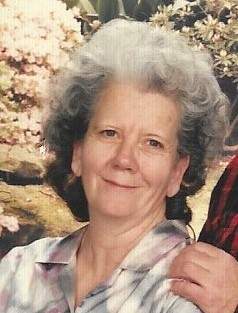 Shirley Ann Gayler, age 84, of Fruitland, passed away August 27, 2019, at the Uintah Basin Medical Center.
She was born April 22, 1935, in Salt Lake City, to Charles C and Myrtle Barret Vincent.  She married Joseph Allen Gayler on September 29, 1951, in Salt Lake City.  He died December 15, 1995.
Shirley worked in the clothing department at a department store.  She really enjoyed gambling and playing bingo at casinos in Wendover, Mesquite, and Reno.  She had a great love of children and took in many as a foster- parent.  She was even adopted by them as their grandmother.  She enjoyed hunting, fishing, being in the mountains, crocheting, and making doll dresses which she would enter into the Duchesne County Fair.
She was a member of the Church of Jesus Christ of Latter-day Saints.
Shirley is survived by her children, Claudia Clegg, West Jordan; Ricky Gayler, Fruitland; Paul Gayler (Sharon Davis), Roosevelt; 12 grandchildren, numerous great-grandchildren and many adopted grandchildren; a brother, John (Brenda) Vincent, Montana.
She was preceded in death by her husband, Joseph Gayler, son, Christopher Gayler, parents; and 5 siblings.
Funeral services will be held on Saturday, August 31, 2019, at 11:00 a.m. at the Hullinger Mortuary where a viewing will be from 9:30 a.m. to 10:45 a.m.
Burial will be in the Myton City Cemetery.

To order memorial trees or send flowers to the family in memory of Shirley Ann Gayler, please visit our flower store.