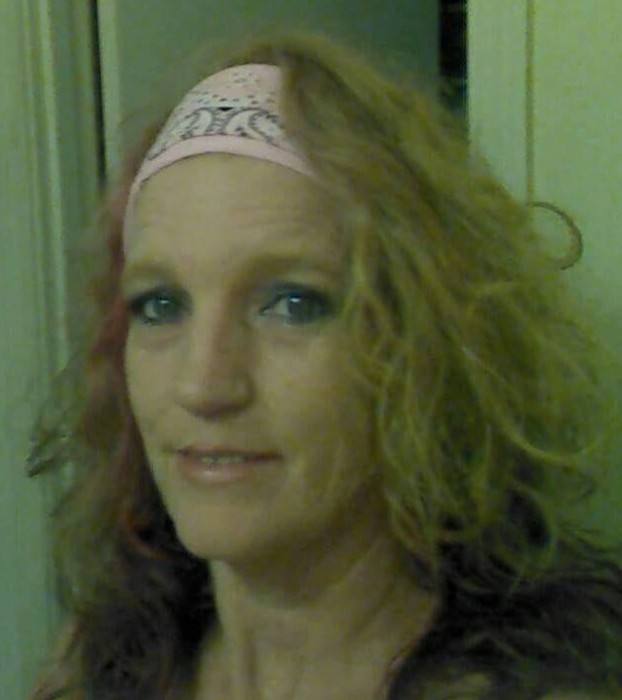 Sherry Lynn Richens Melo, age 51, of Roosevelt, passed away April 22, 2018 at a Provo Hospital surrounded by her loving family.
She was born August 9, 1966 in Vernal to Vernon B and Diane Starkey Richens. She graduated from Uintah High School in 1984 and married Ronald Melo Aug. 9, 1985 in Ballard.  Ron died March 24, 2005.
Sherry loved being a mother and her grandchildren were her life.  She was a loving and caring, a real people-person, that wanted to make sure others had what they needed even if it was the shirt off her own back, so to speak.  She was generally cheerful, happy and smiling; she was a good neighbor.  She loved family gatherings, birthdays, barbeques, camping, 4-wheeling, fishing, Harley and dirt-bike motorcycling, being in the outdoors and loved coffee.
She also loved music of all kinds which she liked to play on a big stereo system.
Sherry is survived by, Rick Hoke, of Roosevelt, who has been with her for 13 years; three daughters and a son, Charity (Devan) Jones, Duchesne; Tabbatha Shariee Melo, Murray; Andrew Jay Melo, Roosevelt; Ronnie Jo Melo, Talmage; nine grandchildren, McKeynlie, Cyler, Jaxon, Kagen, Axle, Dakota, Khloe, Kyrie and Jedrex; parents, Vernon & Diane Richens, Gusher; grandmother, Nial Richens, Vernal; two sisters, Clarinda (Robert) Lough, Gusher, and Trixie (Lenis) Harrison, Vernal; and nieces and nephews.
She was preceded in death by her first husband, Ronald Melo, brothers, Brian and Tracey Richens, and grandfather Vern “Bud” Richens.
Funeral services will be held Saturday, April 28, 2018 at 11:00 AM at the Hullinger Mortuary where there will be a viewing Friday evening from 6-8 PM and Saturday 1 hour prior to the service.

To order memorial trees or send flowers to the family in memory of Sherry Lynn Melo, please visit our flower store.