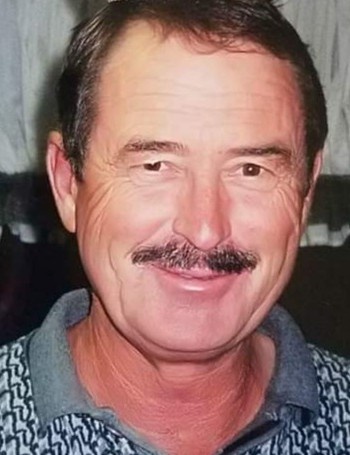 Sherman Lee Richens, age 71, passed away on Wednesday October 14, 2020 after a courageous fight with lung cancer.
He was born to Karl and Audrey Richens, on December 7, 1948. In Roosevelt Utah with his 8 siblings  Jack, Linda, Rod, Steve, Leon, Amy, Cindy, & Patty. He has lived in that beautiful small town ever since.
When he was a young adult he married Glenda and they had 4 children together Christy, Lee, Shanna, & Jeramy, later divorcing.  In 1978 he married Lela Richens, they were blessed with 2 amazing boys Kevin and Mark and he help raise her 3 children Tammy, Merchie, & Tina. They later divorced.  In 1992 he met his soul mate, Jacoy, after years of dating they married in 1998. In 2004 he had the privilege of adopting her 2 daughters Nikki & Tori that he cherished as his own.
He was a hardworking and tough man, but for those that got past his gruff exterior and really knew him, they experienced how kind and giving he was. He was always willing to help someone in need, whether feeding a widow or elderly that was lonely and could use a chat.  He always took great pride in his hard work and if he wasn't working as hard as a twenty year old he wasn't working hard enough. He had many successful businesses under Sherms Leasing but was always extremely humble about it.
Sherm loved hunting, farming and fishing with anyone that was willing to go with him. We are sure that is the first thing he is doing now that he is set free. He’s great love for life was raising cattle and growing the best garden in the city. (But don’t you dare take his first red tomato) He also loved all of his coffee shop friends and missed them during the end. They will always remember his joking demeanor and the fatherly knowledge, love and hard time he gave all the waitresses.
He loved his family immensely and was so proud of each of his children.  His grandchildren knew him as papa. They will always cherish fishing trips, hunting trips, dancing to jingle bell rock, talks of wisdom while drinking his coffee, teaching life skills like cooking, talking about his mom, teaching them how to cuss, cuddling, big hugs, and teasing, and of course papa noodles.
He is survived by his wife Jacoy and his children: Christy (Evan) Mathisen, Lee (Mandi) Richens, Shanna (Raul) Hernandez, Jeramy (Melinda) Jeppsen,  Tammy Adams, Merchie (Kim) Adams, Tina Poowegup, Kevin (Lisa) Richens, Mark (Sara) Richens, Justin (Tiffany) Hartman , Nikki (Scott) Berrett, Heath (Tiffani) Hartman, Tori (Neil) Stephens, and 25 grandchildren & 3 great grandchildren.
He is preceded in death by his parents Karl & Audrey Richens, his brothers Jack Richens, Steve Richens and his beloved dog Neesha.
Graveside services will be held on Monday, October 19, 2020 at 11:00 a.m. at the Roosevelt Memorial Park.  A viewing will be held on Sunday at the Hullinger Mortuary from 5:00 - 7:00 p.m.
Military honors will be presented the Roosevelt American Legion.

To order memorial trees or send flowers to the family in memory of Sherman Lee Richens, please visit our flower store.