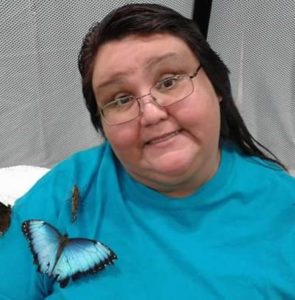 Sheila grew up in Ft. Duchesne, Utah in her younger years she played sports soft ball, basketball she even was a DJ for High Voltage. She also played the saxophone in the school band, she attended boarding school Theodore Roosevelt in Fort Apache, Az and Phoenix Indian School, Phoenix, Az. She later move to Arizona to attend College at High Tech Institute in Phoenix, Az ; She also worked for the Gila River Natural Resources in Sacaton, Az. She also worked as a transit driver for the UTE Indian tribe, Custodian for the IHS in Ft Duchesne, Ut I guess you could say she was a Jack of all Trades. In her younger years she was a fire fighter, fighting fire along the side of her father. Later she moved to Oklahoma where also attend college at ITT Institute in Tulsa, Ok she loved everything there was to know about electronics she was very big on education. Sheila had away with people there was not a person that she did not like, making friends where ever she went always willing to lend a helping hand, never expecting anything in return. Her favorite past time was was to spend time with family, and friends, talking and texting her nieces and nephews and other family members often, dancing to her favorite cumbias, where she was the life of the party even known to some as “THE DANCING QUEEN” always enjoying a good laugh joking with all who knew her, her MOTTO was to live life to the fullest.

Memorial Services were held at the Tallahassee Church in Okmulgee, OK on July 23, 2018 and the final resting place was the McNac Family Cemetery in Salem, OK.

To order memorial trees or send flowers to the family in memory of Sheila McNac, please visit our flower store.