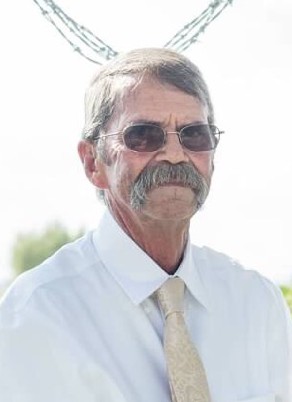 Lyrad W Shawn McConkie, age 62, of Arcadia, passed away June 20, 2019, at his home surrounded by his family.
He was born February 20, 1957, in Roosevelt, to Lyrad Charles and Ilene Jenkins McConkie.  He married Beckey Lee Jessen on September 30, 1977, in Altamont.  They were sealed in the Provo Temple of the Church of Jesus Christ of Latter-day Saints.
Shawn was a cattle rancher all of his life.  He became “the Boss” of McConkie Ranch when he was about seven years old when he fired his first ranch hand.  His passion was working with anything related to irrigation in the Basin.  He was a director on the Moon Lake Water Board and the Lake Fork Water District for over 40 years, and was instrumental in helping the Uintah and Ouray Reservation with their water pilot program.  He had also worked with the Sandwash Reservoir expansion project and getting secondary water to Roosevelt City.
Shawn was active in the Church of Jesus Christ and had served in various positions including counselor in the Bishopric of the Altamont 1st Ward.  He was a great advisor and master motivator.
He had had a double lung transplant over 17 years ago and was fortunate to have lived this long.  The family will miss him dearly.
He is survived by his wife, Beckey, of Arcadia; his son, Lyrad Meagher (Tiffany) McConkie, Mt. Emmons; grandchildren, TyLee (Randy) Sorensen, Altonah; Mads Elizabeth McConkie, Sadie Reay McConkie, both of Mt. Emmons; siblings, Shirley Riley, Ballard; Dixie (Leon) Harding, Mt. Emmons; Susan (Robin) Reynolds, Roosevelt; and special nephews that he helped raise, Jared & Jason Riley.
He was preceded in death by his daughter, Elizabeth; his parents, and a sister, Jeanne Beal.
The burial will  be held at 11:00 am on Saturday, June 22, 2019, at the Altamont Cemetery.
Condolences may be shared at www.hullingermortuary.com

To order memorial trees or send flowers to the family in memory of Shawn McConkie, please visit our flower store.