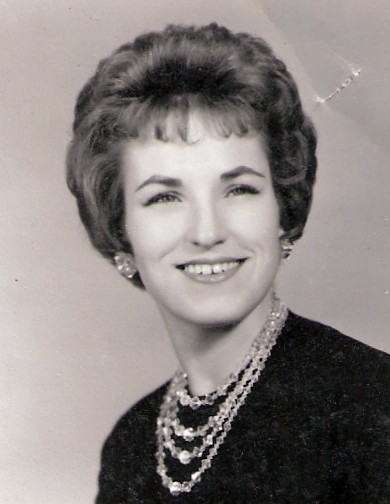 Shauna Rebecca Gilbert passed away on May 11, 2018 in Provo, Utah to begin her new adventure on the other side of the veil.  She was an original.  She was a strong woman and had strong beliefs and opinions.  She was also blessed with great humor.  She loved puns and clever humor and could always make us laugh.  She was a fierce and loyal friend and her friends were very loyal to her.  Shauna had a remarkable ability to listen and give counsel. She did not judge and people always felt comfortable around her.  She especially loved children and they were drawn to her, often singing and sharing laughter.

I recently read an interview with her where one of the questions was, “What would you want people to remember about you when you are gone?”  She replied that she would want to be remembered as kind and loving.  Those are certainly qualities that she possessed.

She was born September 29, 1935 in Bluffdale, Utah to John and Geneva Frost Gilbert.   She was the fourth of eight children and was often the center of a large extended family over the years as a favorite aunt and sister.

After graduating from high school in Roosevelt, Utah she attended beauty school in Salt Lake and delighted in cutting and styling her siblings’ hair.  She later attended BYU.

She was an active member of the Church of Jesus Christ of Latter-day Saints.  Her conviction to the gospel of Jesus Christ was evident in her words and actions.  One highlight of her service in the Church was a mission she served at the Family History Library in Salt Lake City.

Outside the gospel and her family and friends, music and the arts were her great love.  She played the piano beautifully all her life and loved it. She used this talent to serve others with piano solos, accompanying soloists and choirs, and congregations.  She played for countless weddings and funerals, and some theatrical plays as well. In her later years, when her memory started to fade, she could still play.

Shauna was generous to a fault.  She especially had empathy for the disadvantaged and those in need; and helped in any way she possibly could. She welcomed people into her home when they needed a place to stay, sometimes for a day, sometimes several months.  A close friend of hers recently commented that she was the kindest, most generous person she knew.

She loved beautiful things and had a knack for making her home very attractive, as well as comfortable and welcoming.  She was a wonderful cook and liked to entertain.  Many family gatherings and holidays were enjoyed at her home.  She studied health measures and there was often a container of wheatgrass growing in her house, and the pleasant scent of essential oils wafting through the air.

In her working life she was a secretary, typesetter, a fastidious proofreader, transcriber and excellent typist.  She typed several books and personal histories both in her employment and as a volunteer.

She married Cecil Lavern Kofford and later on, Louis Obradovich.

She had one son, Jon Frost Duringer, and five beautiful grandchildren: Jayme, Kelly, Atilla, Jacob Nobunaga and Athena Geneva Duringer.  Shauna loved her son, daughters-in-law and grandchildren and they loved her dearly. She developed close relationships with each of them, as well as with her siblings.

To order memorial trees or send flowers to the family in memory of Shauna Rebecca Gilbert, please visit our flower store.