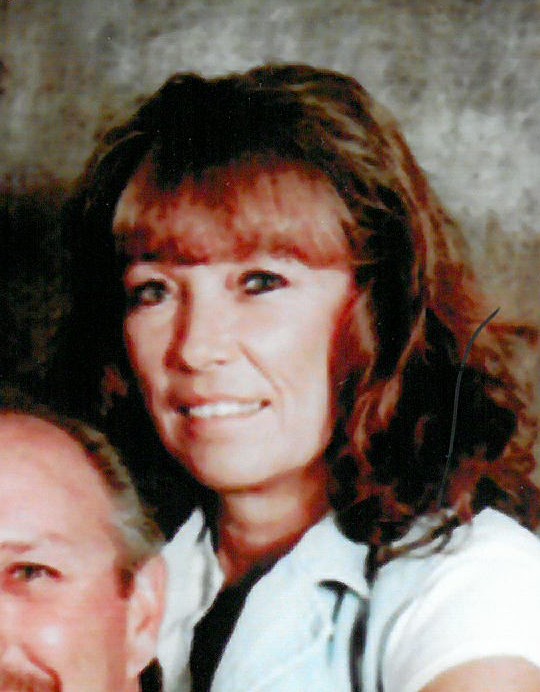 Sharon McDonald Saloga, age 60, of St. George, formerly of Roosevelt, passed away February 11, 2018, at the hospital in St. George.
She was born May 1, 1957, in Salt Lake City, to Valentrie “Val” Hurtle and Beverly Fietkau McDonald.  She married Kent Bastian and they later divorced.  She married Rickey Lee Saloga on June 10, 2005, in Vernal.  Their marriage was later solemnized in the St. George LDS Temple.
Sharon worked as an agent for a real estate company for many years.  She was the best wife and mother and even though she was often sick, she looked for the good in everything.  She enjoyed to get away to Mesquite every now and then and she really loved her dog, Rocky.
Sharon is survived by her husband, Rick, of St. George; children, Darrell Bastian, Vernal; Ronnie (Jessica) Bastian, Neola; step-children, Rikki Gerrard, Cody & Kalla Saloga, all of Evanston; 6 grandchildren, 2 great-grandchildren; 2 step-grandchildren, and 1 great-grandchild; her father, Val McDonald, Altonah; and brothers and sisters, Alan McDonald Vernal; Susan Doran, Mesquite, NV; Sandra (Ray) Ames, Roosevelt; Brian (Connie) McDonald; Neola, and numerous nieces and nephews.
She was preceded in death by her mother, Beverly McDonald.
Graveside services will be held at 1:00 p.m., on Thursday, February 15, 2018, at the Roosevelt Memorial Park.

To order memorial trees or send flowers to the family in memory of Sharon Saloga, please visit our flower store.