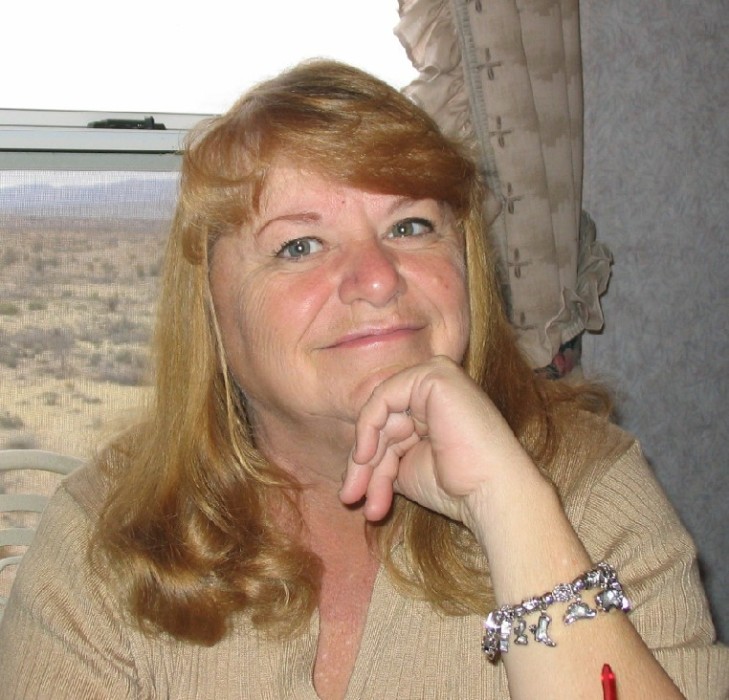 Sharon Rae Morrison Addley, age 70, of Bridgeland, passed away February 21, 2018, at home.
She was born November 9, 1947, to David Johnson Campbell and Margaret Elaine Stowe. Sharon’s mother passed away, and her father married Vaudis Eatchel Webb.
She married James Wilfred “Fred” Morrison, on October 27, 1984. Their marriage was solemnized in the Salt Lake LDS Temple on October 27, 1995. He died August 5, 2002. She married Max Ronald Addley on January 4, 2004, in Arizona. Sharon was an artist and worked with various companies to create their business advertisements. She loved antiques, jewelry, and crafts. She collected antiques and sold them along with her jewelry and crafts. She participated at various craft shows including the local Holly Fair.       She was a member of the Church of Jesus Christ of Latter-day Saints.
Sharon is survived by her husband, Ron, of Bridgeland; step-children, Craig (Mona) Addley, Loomis, California; Jeff (Brenda) Addley, Wellington; Judee Fisher, Pleasant Grove; 8 step-grandchildren, 9 step-great-grandchildren; step-mother, Vaudis Campbell; a sister, Patricia (Gary)Ashby, Salt Lake City; and her dog, Holly.
She was preceded in death by her husband, Fred; a son, David Jeremy Barnes.
Funeral services will be held on Saturday, March 3, 2018, at 11:00 a.m. at the Bridgeland LDS Chapel where a viewing will be held from 10-10:45 a.m.
Burial will be in the Bridgeland Cemetery. Condolences may be shared at www.hullingermortuary.com

To order memorial trees or send flowers to the family in memory of Sharon Rae Morrison Addley, please visit our flower store.