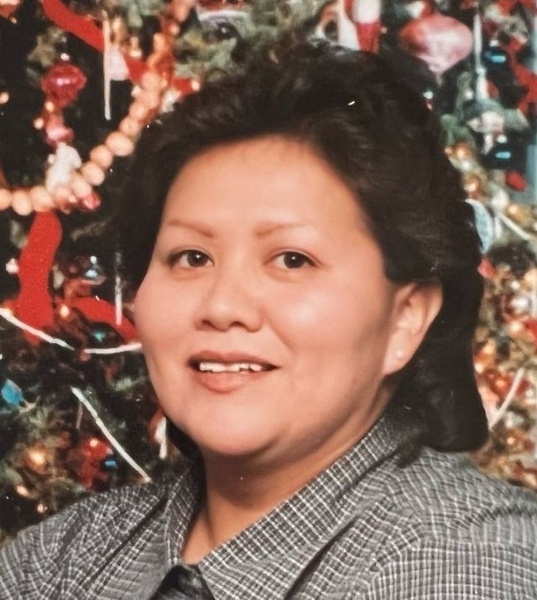 Shana May Wopsock, age 57, of Whiterocks, passed away May 19, 2022, at her home after a long illness.
She was born April 22, 1965, in Roosevelt, to Henry Franklin and Ingrid Louise Kochampanasken Wopsock.  She attended boarding school at the Stewart’s Indian School and then went on to complete a couple of years of college.  She loved to play sports and was on the Volleyball and Basketball teams at Union High School and at the boarding school; and always played first baseman in Softball.
Shana was a hardworker and had a job since she was 15 years old.  She has worked as an accountant & treasurer at BIA, as a supervisor for the Ute Tribe Roads Department, and worked at the Ute Tribe Designated Housing Authority.  Her desire was always to work at the Pentagon, and she was working for the government in Phoenix which would have transferred her to Washington, DC, within a couple of months.  Unfortunately, 9/11 happened just a month before and that ended her desire to work there.
She enjoyed doing embroidery, going to Pow Wows, hunting & fishing with the family, traveling, and helping her father with the cows on their small farm.  She loved her nieces and nephews and was like a second mom to them.  She helped take care of her younger brother from a very young age.
Shana is survived by her siblings, Leanna Wopsock; Whiterocks; Kermit Wopsock (Gina LaRose), Ft. Duchesne; Melinda Wopsock, Rosetta (Quinton) Serawop, Cerone Harris, and Laechelle Chapoose, all of Whiterocks; numerous nieces, nephews, aunties, uncles, and other relatives.
She was preceded in death by her parents and a step-brother, Raymond Cornpeach.
Funeral services will be held on Thursday, May 26, 2022, at 10:00 a.m. at the Whiterocks Community Building.  There will be a wake on Wednesday after 4:00 p.m. at the Community Building.
She will be buried next to her father in the John Harmes Cemetery in Whiterocks.

To order memorial trees or send flowers to the family in memory of Shana "Shana Moe" Wopsock, please visit our flower store.