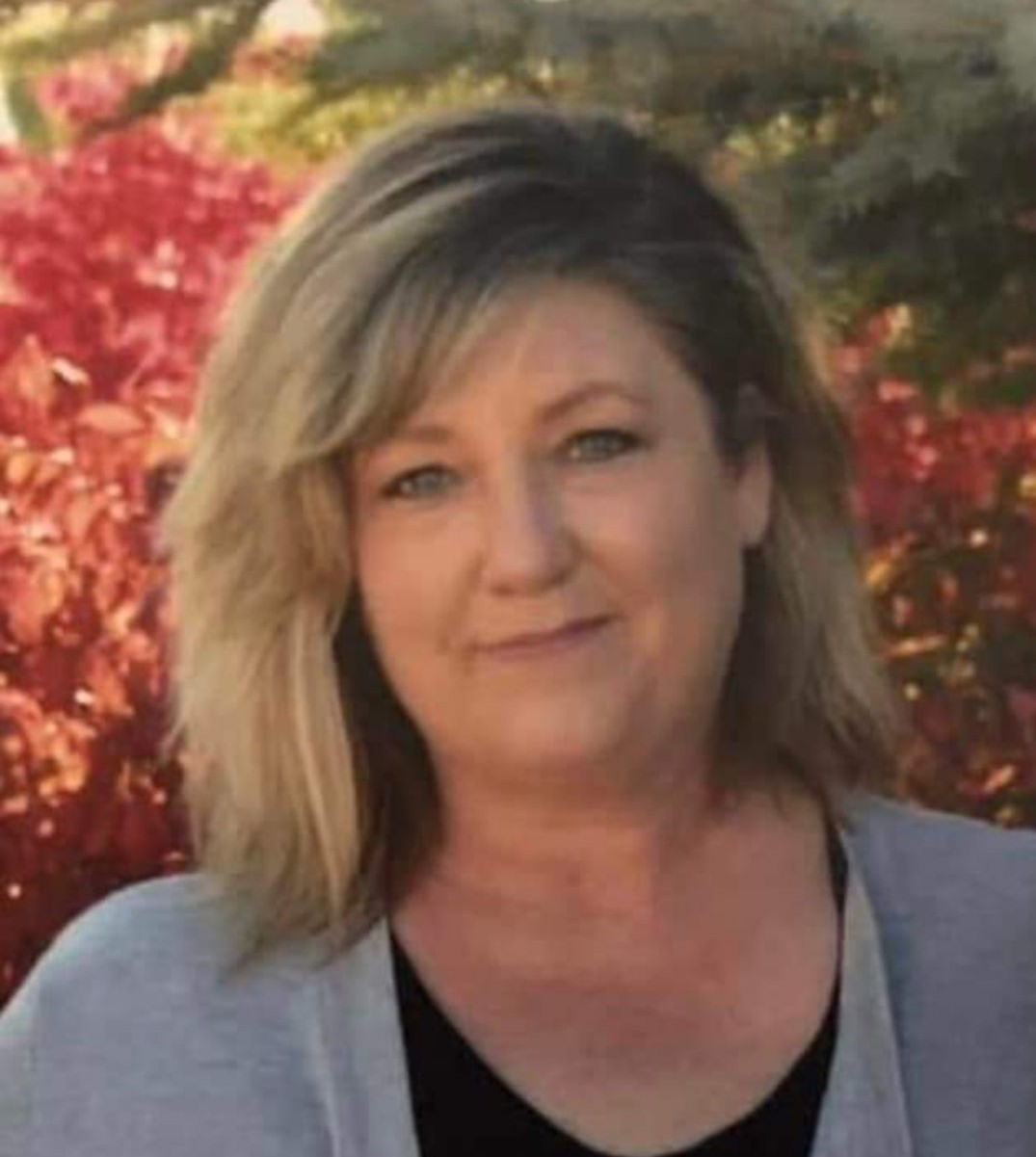 The funeral service will be live-streamed and can be viewed HERE.

Sandra Dawn Labrum Locke, age 51, of Plain City, Utah, passed away unexpectedly on February 14, 2022, at her home.
She was born May 11, 1970, in Monticello, Utah, to Val and Eva McDaniel Labrum.  She grew up in Roosevelt and graduated from Union High School in 1988.
Sandy married Mark Lapoint, they had a daughter, Sara, and they later divorced.  She married Jason Asbury, they had two daughters, Paige and Brooke, and they later divorced.  She met and married the love of her life, Martin Locke, on November 21, 2021, in Plain City, Utah.
Sandy had worked as a hospital coder and had gotten various certifications in the medical transcription field.  She was a lively, spunky, and happy person who hated to cry and used her fantastic sense of humor to get through the many hard times she had throughout her life.  Her ability to make friends knew no bounds. She loved her three daughters so very much.
She had a testimony of Jesus Christ which she held dear to her heart.  She had served in the Primary of the Church of Jesus Christ of Latter-day Saints and loved the kids in her class. She was actively working to be sealed in the temple.  In her 20's, she traveled throughout Europe, and recently talked about when she and Martin served a mission, they would go to her favorite country, Scotland.
In her last seven months of life, she had worked hard to get on her feet and beat the Rheumatoid Arthritis that had plagued her for so many years.   She was trying to be the person she was supposed to be.
Sandy is survived by her husband, Martin; her daughters, Sara Labrum, Lapoint, Roosevelt; Paige Asbury, Winnemucca, NV; Brooke Asbury, Roosevelt; parents, Val & Eva Labrum, Roosevelt; siblings, Randy (Kris) Labrum, Vernal; Ted (Mindy) Labrum, Craig (Kim) Labrum, both of Roosevelt; and several nieces and nephews.
She was preceded in death by her grandparents.
Funeral services will be held on Friday, February 25, 2022, at 11:00 a.m. at the Roosevelt 2nd Ward Chapel.  There will be a viewing on Thursday from 6-8 p.m. at the Hullinger Mortuary and on Friday from 9:30-10:45 a.m.
Burial will be in the Roosevelt Memorial Park.

To order memorial trees or send flowers to the family in memory of Sandy Labrum Locke, please visit our flower store.