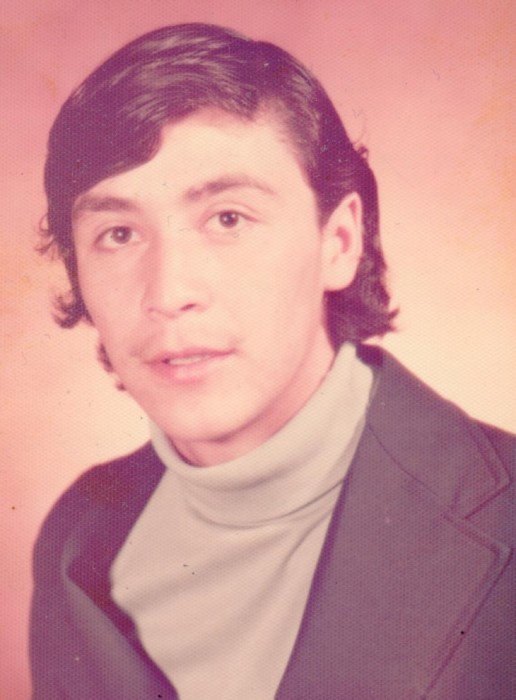 With heavy hearts, we announce the passing of Rowlley Herrera on December 7, 2019, age 65, of Duchesne, after a courageous battle with pancreatic cancer.
Rowlley was born in Hayden, Colorado on May 16, 1954 to Ross & Olivia Herrera. Growing up he enjoyed spending time in Currant Creek camping with family. He was very athletic and played numerous sports.  He graduated from Duchesne High School in 1973 where he was the first state wrestler at Duchesne High School and took state three years in a row.
Rowlley worked as an oilfield pumper & diagnosed diesel motors; he was a very hard worker. He had two beautiful kids Amy & Ross and loved his family and dogs deeply. He was a great friend to everybody and always gave positive advice. He had a love for baseball throughout his life and he was on numerous traveling teams in Farmington, New Mexico until the age of 63. He was actively involved in rock climbing, volunteering at homeless shelters, and an AA counselor. He had a love for the outdoors and went fishing every chance he had. He will be remembered for his sense of humor, wit & compassion. He left us to reunite with his sister Rose to celebrate her birthday.
Rowlley is survived by his children: Amy Jo Herrera (Justin) Williams (Bartlesville, OK) & Ross (Sr.) Herrera (Farmington, NM), grandchildren:  Chase, Garret, & Lacy Jo McClintock, Rosealdo (Ross Jr.) & Annabelle Herrera, parents: Ross & Olivia Herrera (Duchesne, UT), siblings: Virginia (Bob) Bailey (Duchesne, UT), Ida (Price, UT), & Rex Herrera (Duchesne, UT).
Rowlley is preceded in death by his siblings Rose, Sadie, Rusty, & LeeHarris Herrera, grandparents, Pauline & Joe Herrera, Preciliano & Sidelia Gallegos & numerous uncles, aunts, cousins & friends.
We will celebrate his life on December 21st at noon at the Centennial Event Center in Duchesne.

To order memorial trees or send flowers to the family in memory of Rowlley Herrera, please visit our flower store.