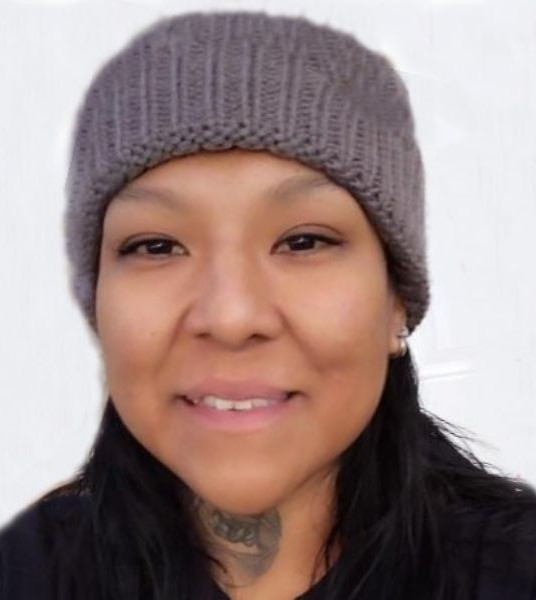 Rossie Alvina Longhair, age 37, of Ft. Duchesne, passed away on November 7, 2021.
Rossie was born August 2, 1984 in Roosevelt to Alvin James and MaryLee Conetah Longhair.
Rossie loved sports and enjoyed participating in volleyball, softball, basketball, and her favorite teams to watch and support were the Las Vegas Raiders and the Texas Longhorns. She was honored to receive the title of Jr. Miss Ute Tribe as a teenager. She was a great cook, and enjoyed playing handgames, traveling, attending the Pow Wow and was a fancy shaw dancer. Rossie participated in ROTC program for the Sho Ban High School and played basketball for Uintah River and Sho-Ban High. She worked as a data entry clerk for the Energy and Minerals Department. She was very kind and helpful to all. Her family meant the world to her, her children were her first love and she cherished each of them. She was a member of the Native American Church and strongly believed in her traditional ways.
She is survived by her children, Taivon Edmo, Carmen Edmo, Khayree Jones, her mother, MaryLee Longhair, siblings, Lelilah Longhair (Robert Pawwinnee), Charlotte Longhair, Tetona Longhair, Bradford Longhair, Rainey Longhair (Kobi Reed), Montie Longhair, aunts, Quahah Poowegup and Doreen Colorow, numerous aunts, uncles, cousins, nieces and nephews near and far.
She is preceded in death by her father, Alvin Longhair, aunts, Carmalita Jack, Alta Mae Appenay, Ruth Ellen Cuch, and her grandparents, Fred & Rosella Conetah, Henry Longhair, Laura Nephi and baby Mahdison Lang.
Funeral services will be held on Friday, November 12, 2021 at 10:00 a.m. at the Ft. Duchesne Community Building. A wake will be held after 3:00 p.m. on Thursday at the Ft. Duchesne Community Building.
Burial in the Ft. Duchesne Cemetery.

To order memorial trees or send flowers to the family in memory of Rossie Longhair, please visit our flower store.