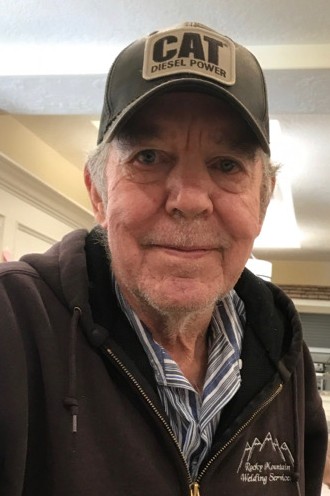 Ronald Ernest Theener Sr, age 73 of Arcadia Utah passed away October 30, 2020, in the Covington Senior Living Center in Orem surrounded by his family.
He was born January 16, 1947, to Ernest Henry and Claire Walcott Theener in Twin Falls, Idaho. He was the oldest of their three boys and was raised working on the family farm where his life long interest of welding and mechanic work began.
Ron graduated high school in Filer, Idaho then joined the United States Marine Corps where he served in active combat during the Vietnam War as a Combat Engineer. After being honorably discharged, Ron came to the Uintah Basin working on drilling rigs where he met and married Gwen Ross. From there he started his life as a pipeline welder. They traveled and lived in several of the Western States working and starting their family.
In 1979 they set up their life long residence in Arcadia, Utah where they raised three boys and one girl. Ron continued traveling to natural gas pipeline projects across the United States to support his family.
In 1994, Ron engineered and patented a pipe bending machine that could be transported and used putting bends in pipe as it was laid in natural gas pipeline ditches during construction. He was very well organized, had a very detailed memory, was always a hard worker busy on something. He was well known for helping repair his neighbors farm equipment.
He loved dogs, shooting guns (especially with his kids and grandkids), and family dinners where everyone could be together. His children and grandchildren were his number one priority.
Ronald is survived by his children, Ronald (Courtney) Theener, Altamont; Mike (Tonya) Theener, Lewis, Colorado; Tammy (TJ) Farnsworth, Mountain Home; 7 grandchildren; brothers, Gerry (Sharon) Theener, Filer, Idaho; Mark (Rosie) Theener, Meridian, Idaho; and several nieces and nephews.
He was preceded in death by a son, Chris Theener, and his parents.
Funeral services will be held at 11:00 a.m, on Thursday, November 5, 2020, at the Altamont Stake Center of the Church of Jesus Christ of Latter-day Saints.  There will be a viewing on Wednesday at the church from 6-8 p.m. and from 10-10:45 a.m. Thursday.  Please remember to wear a mask and follow social distancing guidelines.
Burial will be in the Duchesne Cemetery where military honors will be presented by the American Legion, the Patriot Guard Riders and the US Marine Honor Guard.

To order memorial trees or send flowers to the family in memory of Ronald Ernest Theener, Sr., please visit our flower store.