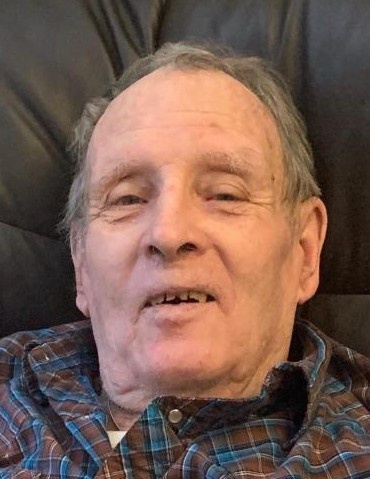 Ronald Lee Price, age 79, of Roosevelt passed away January 12, 2020, in Roosevelt at The Villa with his family surrounding him.
He was born July 26,1940, in Lovell, Wyoming to Israel Lee and Nella Allphin Price. His mother Nella passed away when Ron was two years old. His father married Martha “Ellen” Christensen and Ron considered her his mother. Ron is the oldest of four boys.
Ron has three boys: Patrick, Shane and Ronald James “Jim” Price from a previous marriage.   Ron married Barbara Marlene Winfree on September 19, 1986. at the Constitution Park in Roosevelt. They were married for 33 years. His sweetheart passed away June 1, 2019.  He loved her with all his heart and more that was his sweetheart and always talked good and loving about her. His love never faded away when she passed.
Ron was an outstanding athlete in high school. He won the 440 in the state of Wyoming in 1958. He graduated from Lovell High School in 1959.
He was known as the “fire wood guy” –  every summer his kids and he would go out to Nine Mile Canyon to cut wood to sell to his customers.  When he wasn’t cutting wood, he enjoyed fishing, camping, and hunting. If you couldn’t find Ron, he was at the Frontier Grill drinking his coffee about five times a day. Ron and Barbara loved traveling to Wendover on the weekends. He was an avid Raiders fan and Utah Jazz fan. They loved their dogs as if they were their own children. When Ron married Barbara, he gained five daughters whom he loved and adored and treated them like they were his own. They also fostered kids through out the years.
Ron is survived by his children Jody (Hugo) Alania, Vernal, Utah; Allyson (Gary) Godfrey, Vernal, Utah; Dee Dee (Al) Luther, Bakersfield, California; Heidi (Jose) Morales, Elko, Nevada; Connie Warren, Salt Lake City, Utah; and his sons, Patrick, Shane, and “Jim”; brothers, Brent, Chris, and Hal.
He was preceded in death by his wife Barbara, his mothers, Nella and Ellen, his father, Israel, and his mother-in-law, Dorothy Cowley.
Per his wishes, he was cremated.

To order memorial trees or send flowers to the family in memory of Ronald Lee Price, please visit our flower store.