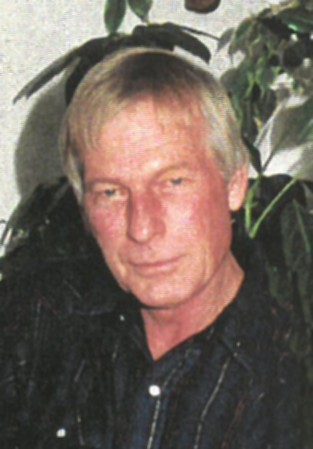 Ronald “Butch” Lawrence Fenn passed away at home on July 29, 2020 at the age of 75.  Butch was born on December 26, 1944 in Provo, UT to Aldon and Ada Peterson Fenn.
Butch served in the Marine Corp. during the Vietnam conflict.  He married Francine Allen in Las Vegas, NV in 1969.  They were married for 51 yrs.  Butch worked for Petty Geo Physical for 2 years and then worked for 37 yrs. for Basin Western as a truck driver where he received recognition for 5 million miles of accident free driving.
Butch was known for his great sense of humor.  He loved hunting and fishing in his spare time.
Butch is survived by his wife Francine of Roosevelt and his brother Michael “Chipper” Fenn of Myton.
He was preceded in death by his parents Aldon and Ada.  His siblings Bonnie Dean, Lloyd Fenn, Richard “Packy" Fenn, and Elaine Fenn Pike.
Funeral services will be held on Monday, August 3, 2020 at 11:00 a.m. at the Hullinger Mortuary.  A visitation will be held from 10:00 - 10:45 a.m.
Burial in the Roosevelt Memorial Park with military honors presented by the Roosevelt American Legion, Marine Honor Guard and the Patriot Guard Riders.

To order memorial trees or send flowers to the family in memory of Ronald "Butch" Fenn, please visit our flower store.