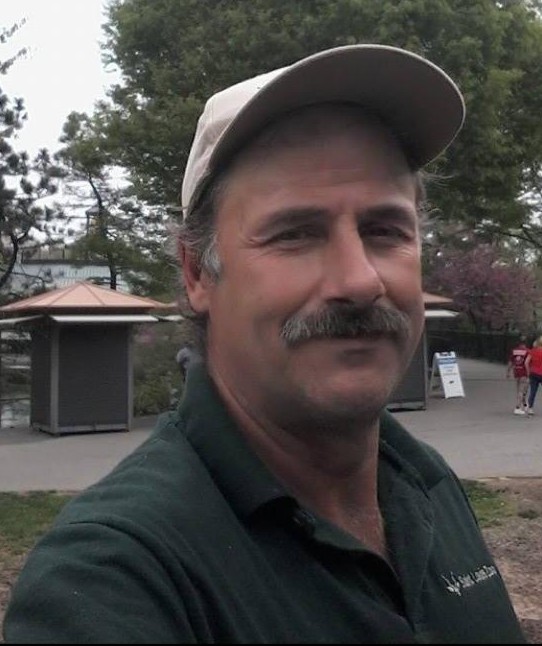 Ronald Lee Gabbard, Jr., aka “Captain Ron”, age 50, of Richfield & Myton, passed away February 25, 2018, at the Timpanogos Regional Hospital in Provo, due to complications after heart surgery.
He was born August 28, 1967, in Salt Lake City, to Ronald Lee Gabbard Sr., and Patricia Dawn Lott Gabbard.
Ron was currently employed at Western Clay Company in Richfield.  He always spoke highly of his job, his employer, and his co-workers.
One of his favorite things to do in his spare time was to be out fishing.  You knew if he wasn’t at work, then he was by the water.  He had more poles and tackle than he knew what to do with. Another one of his favorite pastimes was razzing the people he loved.  He was always more concerned with putting a smile on everyone’s faces than with his own happiness.  He will be greatly missed by all who knew and loved him.
Ron is survived by his children, Toni Alred, Draper; Harlie Leigh Gabbard Dieter, & Tristen Rocky Gabbard Dieter, both of Monroe; granddaughter, Emma Michelle Alred; parents, Patricia & Ron Sr., of Myton; siblings, James Boyd Gabbard, Salt Lake City; Sherry (Jim) Gray, and Justin (Roxi) Gabbard, both of Vernal; nieces and nephews, Ivy Burr, James Blue, Morgan Merlo, Hailee Gabbard, Nicole Harvey, Derek Bird, Jayden Gabbard, and Ethan Gabbard.
Funeral services will be held on Friday, March 2, 2018, at 11:00 a.m., at the Hullinger Mortuary where a viewing will be held that morning from 9:30-10:45 a.m.
Burial will be in the Myton Cemetery.  Condolences may be shared at www.hullingermortuary.com

To order memorial trees or send flowers to the family in memory of Ron Lee Gabbard, Jr., please visit our flower store.