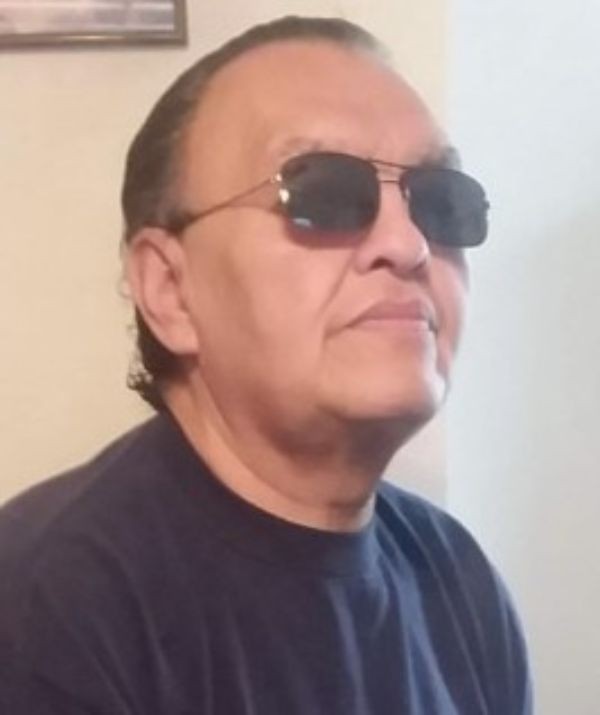 Romaine J Harris, age 54, of Ft. Duchesne, passed away July 5, 2021, at his home.
He was born July 19, 1966, in Roosevelt, to Everett and Nettie Duncan Harris and was raised by his grandparents, Clarence and Winnifred Harris.
Romaine had worked as a blasting tech in the oil field and as a gunsmith. He enjoyed everything outdoors: hunting, fishing, and camping. He was very traditional and was a Sundancer and danced at Pow Wows. He had an extremely quick wit and could have been a professional comedian. He enjoyed teasing and joking around with everyone.
Romaine is survived by his sisters, Kenna (Grace Wyasket) Harris, Neola; Clara Murray, Ft. Duchesne; niece, Kayla Ray Cox; nephews, Everett Harris, Joe Cox; aunts, Madeline, Aldora, & Deliah Duncan; an uncle, Luke Duncan; cousins, Cory, Danny, & Troy Harris.
He was preceded in death by his children, Luchelle & Brooks Harris; parents, and grandparents.
Graveside services will be held on Friday, July 9, 2021, at 10:00 a.m. at the Ft. Duchesne Cemetery.

To order memorial trees or send flowers to the family in memory of Romaine J Harris, please visit our flower store.
Open