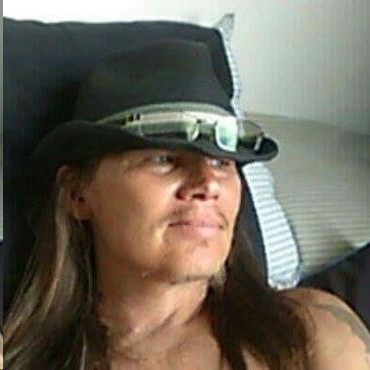 Robert Reese Evans, Jr., age 49, of Roosevelt, passed away October 29, 2018, at home from various health problems.
He was born December 25, 1968, in Salt Lake City, to Robert Reese and Martha Lynn Ulrich Evans.
Robert worked for many years at Val’s Autobody and Paint, beginning as a floor sweeper and working his way up to painter and body technician.  He had a passion for fishing and would go as often as he could.  He enjoyed hanging out with friends around the campfire, a good beer, playing video games and his radio controlled Rock Crawlers, and riding his bicycle.  He and his brother, Roger, began a paranormal activity investigation company called R&R Paranormal Investigators, Inc.  He really liked scary movies, but was the first to get scared, and in his younger years, he played the guitar and bass, and would sing at Hilltop.
He had a big heart and would give the shirt off his back.  He loved his family and friends.
Robert is survived by his daughter, Candice (Kris) Slur, Washington; 2 grandchildren; brothers and sisters, Teresa Bowman, Janet Evans (Raymundo), both of Salt Lake City; Roger Evans (Jan Rasmussen), Roosevelt; Pam (Tony) Barria, California; Jason Jerome, Rachel Evans, Megan Evans, all of Salt Lake City; uncle, Tim Ulrich, Denver;  nephews, Travis Sixkiller, Dyllan Evans, C J Cox, good friends, Diane Dietz, Dany Chase, Devin Chase, Chris Taylor, Sandy Tanner Taylor, Kim Barker; numerous nieces and nephews, and many other friends that helped him throughout his life.
He was preceded in death by his parents, Martha and Robert; and a sister, Bobby Lareese.
A visitation and viewing will be held on Friday from 11:00 a.m. to 1:00 p.m. at the Hullinger Mortuary.  Condolences may be shared at www.hullingermortuary.com

To order memorial trees or send flowers to the family in memory of Robert Reese Evans, Jr., please visit our flower store.