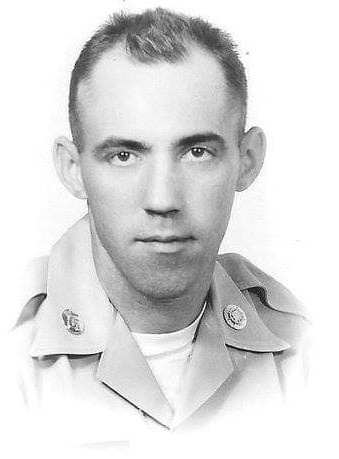 Robert Clarence “Bob” Essex, age 86, of Roosevelt, passed away January 11, 2021, at his home.
He was born June 10, 1934, in Cambridge, Ohio, to Arnim E G “Jack” and Mary Kathryn Radliff Essex.  He married Mary Jeanette Diltz on April 9, 1958, in Denver.  She died August 16, 2015.
Bob lived two lifetimes: the first was twenty-four years serving in the United States Army.  He fought in the Korean and the Vietnam wars.  After retiring from the military, he went to work for LaRue Lamb Trucking and spent the rest of his life driving truck across the country.  He also dabbled in farming and ranching.
Bob would help anyone in need.  He was given the Colorado Highway Hero of the Year in the ‘80s because he helped save the life of a motorcyclist who crashed.
He was a member of the Roosevelt American Legion and served many years with them.
Bob is survived by his children, Sandra (Paul) Brass, Denver, Colorado; Terrance Essex, Tucson, Arizona; Roberta (Roger) Waits, Houston, Texas; Kelly Smithey, Roosevelt; Robert G. & Jack J Essex, both of Dinosaur, Colorado; William (Crystal) Essex, Tucson, Arizona; Bon (Thuy Cao) Nguyen, Silver Springs, Maryland; 16 grandchildren and 22 great-grandchildren.
He was preceded in death by his parents, his wife, and sisters, Ramona Mosley & Shirley Printice.
Per his wishes, he was cremated.  There will be a memorial service at a later date.

To order memorial trees or send flowers to the family in memory of Robert Essex, please visit our flower store.