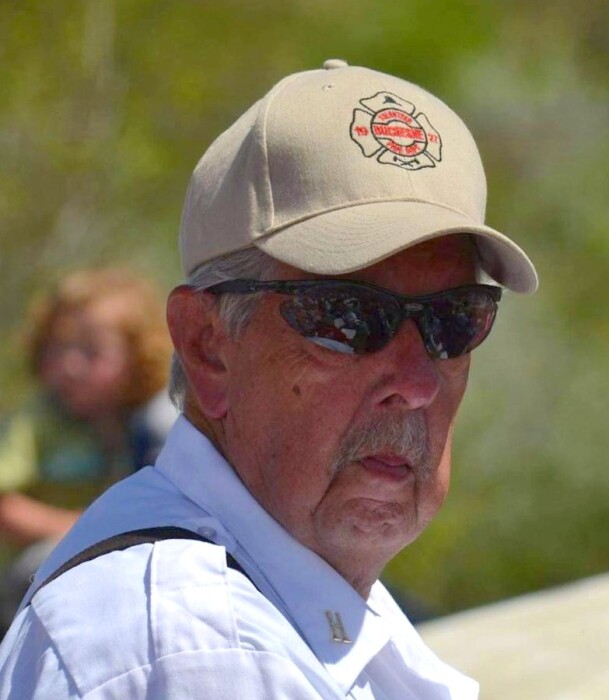 Robert “Bob” Lee Ketterer, age 77, of Duchesne, passed away unexpectedly on October 8, 2020, at the Intermountain Health Center in Murray, Utah with his beloved wife Jill at his side.
Bob was born on May 2, 1943 in Price, Utah, to Robert Ketterer and Clara (Leemaster) Ketterer. He grew up in Salt Lake City where he graduated from West High School. On February 3, 1965, he married the love of his life, Sylvia Jill Mecham, and raised four children together.  They were later sealed for time and eternity in the Jordan River Temple, and have since been active members of the Church of Jesus Christ of Latter-day Saints.
Bob was a proud Veteran of the United States Airforce who served as an air craft mechanic, stationed at Hill Air Force Base. He continued on with his career at HAB as an aircraft engineer up until retiring.  Upon retiring Bob moved his family to Duchesne, Utah, where he spent many years making memories.
Bob proudly served 20 plus years as a dedicated member of the Duchesne City Fire Department, working alongside dear friends and family. He was an avid hunter and fisher who enjoyed being outdoors.  He loved it mainly for the quality time he got to spend with his family.  Bob enjoyed traveling with his wife, Jill, and he loved family get-togethers as well as spending time with his grandchildren, who always made him smile.
Bob is survived by his loving wife, Jill, his beloved children, Robert Kim Ketterer, Andrew Todd Ketterer, Kristy Lee Ketterer, and John Justin (Alexandra) Ketterer; 19 grandchildren,  20 great grandchildren; and his brother Dennis Lynn Ketterer.
He was preceded in death by his parents, Robert and Clara Ketterer; his younger brother Michael Ketterer, and his sister Sandy Knutson.
Funeral services will be held on Saturday, October 17, 2020 at 11:00 a.m. at the Duchesne 3rd Ward Chapel, 150 South 300 East.  Viewings will be held on Friday evening from 6:00 - 8:00 p.m. at the church and Saturday 1 hour prior to the service.
Burial in the Strawberry Cemetery.
In lieu of flowers, donations for funeral expenses can be made at the tab above or Zions Bank under Robert Lee Ketterer.
This funeral will be live-streamed.  It may be viewed at the button below.

To order memorial trees or send flowers to the family in memory of Robert "Bob" Lee Ketterer, please visit our flower store.