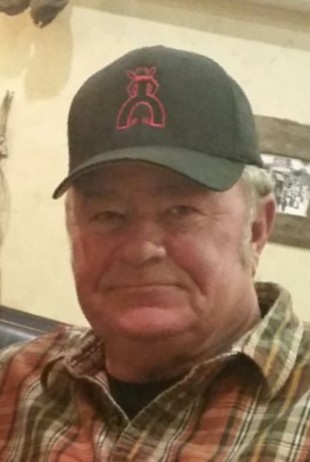 Robert Glenn “Bob” Bateman, also known as “Poor Boy” to many of his trucker friends, age 62, of Mountain Home, passed away March 9, 2018, from a sudden heart attack.
He was born February 16, 1956, in Mt. Vernon, Illinois, to Glenn Eugene and Mary Evelyn Phelps Bateman.  He married Beverly Ann Stevenson on February 22, 1974, in Mountain Home.
Bob was a truck driver all of his life and had won many awards for his millions of miles of safe driving.  He could fix anything and always helped anyone and everyone.   He enjoyed camping, fishing, hunting, and over prepared for everything.  Visiting and socializing were one of his favorite pastimes and he “never met a stranger”.  He would give people the benefit of the doubt, making all feel welcome.
His family was his #1 priority and he loved spending time with them, especially the grandkids – he always wanted them around and supported them in all of their various activities.  He really loved and adored his wife, Ann, and they “disappeared” on little get-aways as often as possible.  He was greatly loved and will be deeply missed.
Bob is survived by his wife of 44 years, Ann, of Mountain Home; his children, Cheyenne (Shanna) Bateman, Hannah; Brandon (Stephanie) Bateman, Talmage; Tara (Dalton) Peatross, Duchesne; Sheena (Christian) Wilkerson, Roosevelt; LaEna (Jason) Young, Altonah; Latoya Manning, Roxanne Manning, Victoria Manning, all of Roosevelt; Christopher Bateman, Mountain Home; 17 grandchildren; and a brother, Rod Bateman, Altamont.
He was preceded in death by his parents, Glenn and Mary; and an infant son, Brent.
Funeral services will be held on Wednesday, March 14, 2018, at 11:00 a.m. at the Mountain Home LDS Chapel where a viewing will be held on Tuesday from 6-8 p.m. and from 9:30-10:45 a.m. Wednesday.
Burial will be in the Talmage Cemetery.  Condolences may be shared at www.hullingermortuary.com

To order memorial trees or send flowers to the family in memory of Robert "Bob" Glenn Bateman, please visit our flower store.