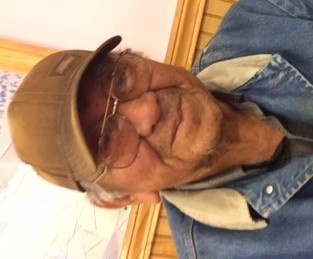 Richard Jenks, Sr., age 83, of Ft. Duchesne, passed away June 13, 2019, at his home.
He was born January 1, 1936, in Ft. Duchesne, to Marvin and Jessie Wanna Jenks.  He married Katherine Root in 1957 in Ft. Duchesne.  She died March 31, 2003.
Richard was a cowboy and rancher all of his life.  He started out breaking horses when he was a teen growing up in the Hill Creek area, which set him on his path of competing in rodeos, mainly as a Saddlebronc rider.  He was a member of the Rocky Mountain Indian Rodeo Association and was the chairman for the 4th of July Pow Wow Rodeo Club for many years.  He was inducted into the Rodeo Hall of Fame.
Even though being a cattleman was his livelihood, he also worked for many years for the BIA Road Department, as a Ditch Rider, and in his younger days, at the Fish Hatchery in Whiterocks.  He had been a boxer and played on various basketball teams.  He enjoyed attending Sundances and Pow Wows, going to the casino, and playing the accordion and the harmonica.  He was a hard worker and loved his children and grandchildren.
Richard is survived by his children, Richard Jenks, Jr., Ft. Duchesne; Fabian Jenks, Tammy John, both of Randlett; Margie (Richard ) Whiteplume, Ft. Duchesne; 15 grandchildren, 20 great-grandchildren with one on the way; brothers and sisters, Earnest Jenks, Ouray; Violet Jenkins, Ft. Duchesne; Jason & Percy Jenks, both of Ouray; Jolene Jenks, Ft. Duchesne; and numerous nieces, nephews, and cousins.
He was preceded in death by his wife, Katherine; children, Lyle, Shane, and Melanie Jenks; a granddaughter, Lorraine Jenks; great-grandchildren, Ezekial Wissiup & Robbie Jenks; siblings, Logan, Hazel, Roger, Raymond, and Mary Jenks.
Funeral services will be held on Saturday, June 15, 2019, at 10:00 a.m. at his home where the wake will also be held on Friday evening. Burial will be in the Randlett Cemetery.

To order memorial trees or send flowers to the family in memory of Richard Jenks, Sr., please visit our flower store.