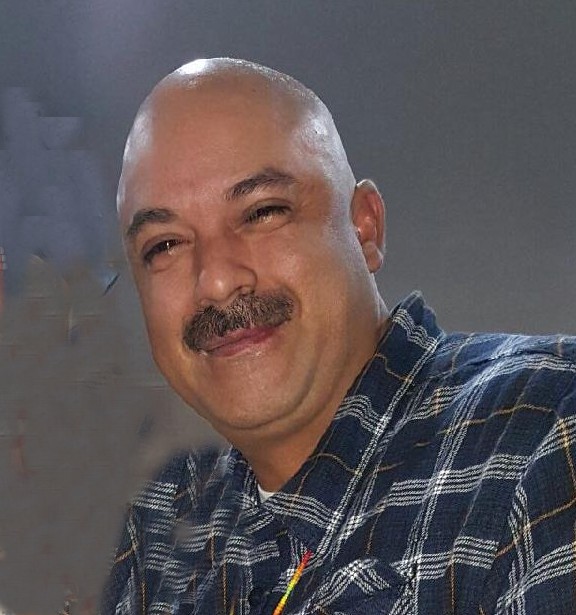 Ricardo Garcia Perez, age 44, of Ft. Duchesne passed away peacefully on March 12, 2018 at the VA Hospital in SLC.
Ricardo was born March 23, 1973 in Tehachapi, California to Noel Charles Perez and Teresa Martinez Garcia.  He married Iokie Falling White Star Cesspooch on May 15, 2009, but they meet in 2006 in Ft. Duchesne at the Bear Dance.
Ricardo was very active in the military serving first in the Navy as an Aviation Ordinance man then after moving to Utah he served in the Army National Guard as an infantry soldier.
Ricardo was a master mechanic and could fix anything, if he couldn’t fix it he knew someone who could.  He enjoyed old cars, oldies music, dancing, fishing, singing and was a great cook.  Ricardo loved being a husband and father, his family was most important to him.  He encouraged others to do their best, found joy in his Hispanic Culture and music and also embraced his wife’s Native American Culture, attending the Bear Dance, Pow Wow’s, Sundance and Sweats.  He delighted in watching his wife and children dance and spending time with them was his greatest joy.
He is survived by his wife, Iokie Perez, Ft. Duchesne; children, Ricardo Alhandra Perez, David Anthony Perez, both of California; Kimora Dawes, Arturo Perez, Zuleika Perez, all of Ft. Duchesne; mother-in-law, Darlena King, Roosevelt; father-in-law, Alfred Cesspooch, Sr., Colorado; numerous aunts, uncles and cousins in California. He was preceded in death by his parents.
Funeral services will be held on Friday, March 16, 2018 at 10:00 a.m. at the Randlett Episcopal Church.  A wake will be held on Thursday after 4:00 p.m. at his home.
Burial in the Ft. Duchesne Cemetery with military honors presented by the Army National Guard, VFW of Ft. Duchesne and the Patriot Guard Riders.

To order memorial trees or send flowers to the family in memory of Ricardo Perez, please visit our flower store.